Under his previous moniker Alpha MC he was part of LA underground collective Swimteam which also included Open Mike Eagle and Dumbfoundead (watch the 2013 Swimteam cypher). In 2014 he released The Rebound, a 7-track EP with fellow LA emcee Pigeon John (watch the music video for “Outchea”).

The clip for “Outer Limits” comes on the heels of visuals for previous single “Black Tax” (Youtube). “The song concept developed organically,” Alph says. “I released this song on my album Black Tax in 2020 and the recurring theme of the album is expressing the frustrations of being a black man living in America.

This song uses sci-fi pop culture as hyperbole to express the album’s theme. It’s also a double entendre; the outer limits can also mean the outskirts of a city.” 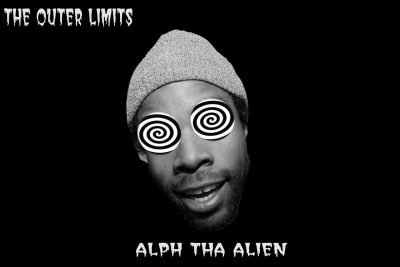