Springfield, MA Bonnie Stone makes her presence known every time she touches the mic in a male dominated industry…

“Undisputed raw talent” and “effortless flow” are just a few things mentioned when people hear her rap. Being inspired by a spectrum of artists ranging from KRS-1, Salt-N-Pepa, and Notorious B.I.G., She began exploring the Boston music scene during her college years including stepping on stage at the legendary Middle East Nightclub.

From there she planned rap battles and threw Hip Hop events around the city while still performing. This led to her opening up for national artists Method Man, 112, and Cormega. After trials and tribulations and a long hiatus, the fire has been reignited and Bonnie has returned with a laser focus and new blazing tracks.

The first video single Creamy pays homage to Wu Tang’s C.R.E.A.M but with her own modern twist. “Creamy is actually the first track I recorded after being gone so long in the industry. I just wanted to make a piece of art that screamed She’s Back!” says Bonnie.

The song is produced by SSK and the visuals are directed by Tommyfilmz who incorporates 90s nostalgia including Timberland boots, 40 ounces, and Philly blunts to trigger people’s memories from that era. The track is the lead single off her album Stone By The Way. Check it out now on your preferred digital streaming platform. 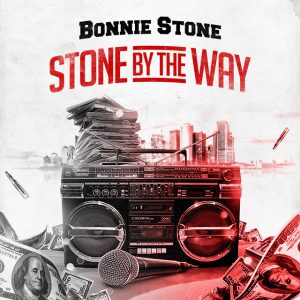