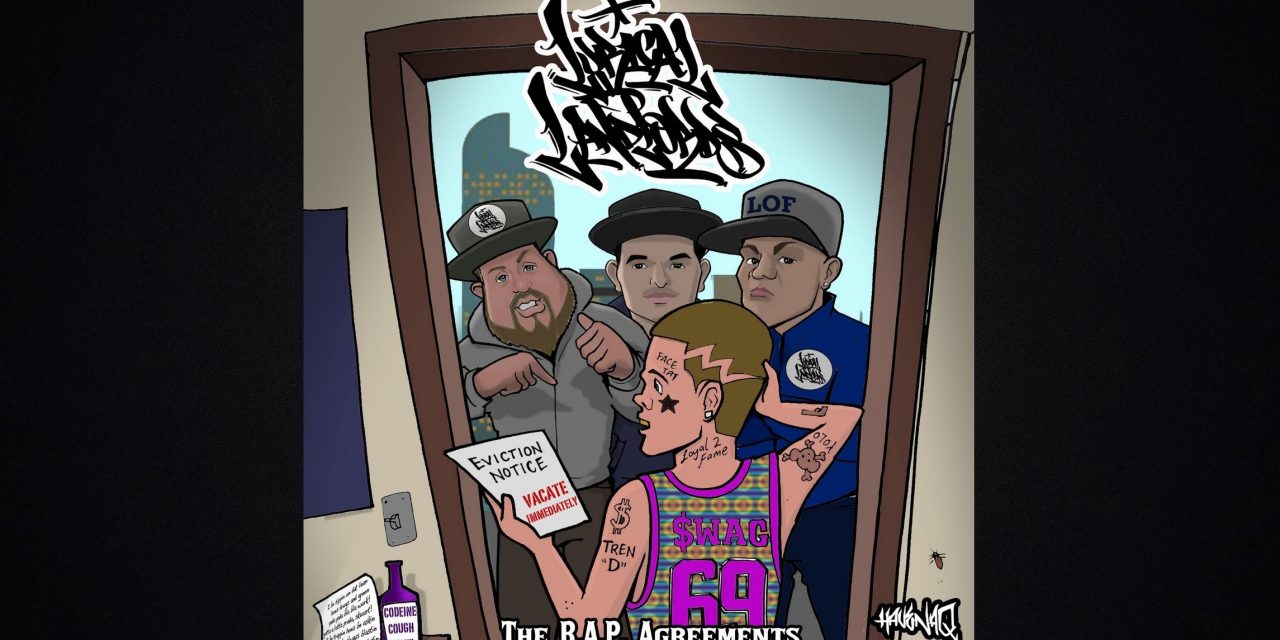 There are musical acts all across the state of Colorado, but none that quite sound like the combined efforts of Sonny Nuke, DENT, and DJ Paulen, aka Lyrical Landlordz. The Denver-based hip-hop trio is out with their new project “The R.A.P Agreement”, a kaleidoscope of boom bap beats and rhymes with a futuristic twist. I sat down with DENT and Sonny Nuke to learn about their process of creating this new body of music, and their thoughts about younger artists today.

Daniel Paiz (DP): So what was your focus for this project as opposed to Boom Bap Bodega or other previous projects?

Sonny Nuke (Nuke): Basically we don’t compete with other people even though we call ourselves the landlordz, ya know, we just really try and one up ourselves. We try to find a way to capture a similar vibe but with a whole different validity. We do a lot of writing and freestyling on the spot when it comes to recording, and that’s just kind of the way we record with our process.

It’s a lot of creativity on the spot, and I’ll catch a vibe and Dent will run with it, or vice versa. We’re still trying to reach for heights that we haven’t been to yet, ya know?

DENT (DENT): We kind of align with the Boom Bap formula, so we really aren’t doing anything “new” or inventive, we’re kind of just sticking to the formula. We both kind of wanted to touch base, to have a kind of futuristic, Boom Bap feel to get a little crossover with some of the new-school heads, but still keeping it raw, and skills, like it always should be? Ya know the art of paying dues, and just kickin’ that good hip-hop shit, you know what I mean?

DP: Definitely. So another thing I was looking at and I’m sure you’re aware of, is that a lot of Hip-Hop albums right now are like eight tracks, 30 minutes or whatever, and you all have 21 tracks, only four tracks over three minutes; was part of the reason they were shorter tracks just that concern of people’s attention spans being shorter?

DENT: We’re kind of keeping your attention just enough so that you want more, or you wanna peep out something else from us. We’re giving you enough to not overstimulate your ears, but you want some more flavor, ya know? And then doing the old school ways of doing the interludes.

Back in the days when deejays used to do mixtapes, dudes would go and get shout-outs of your boys. So, doing the shout-outs is still like the essence of people in your neighborhood, and your block, and your loved ones. That’s always fun to listen to.

Nuke: It doesn’t matter how good of a rapper you are, people don’t wanna hear you rap forever. We wanna capture the vibe and move on, and want people wanting more. 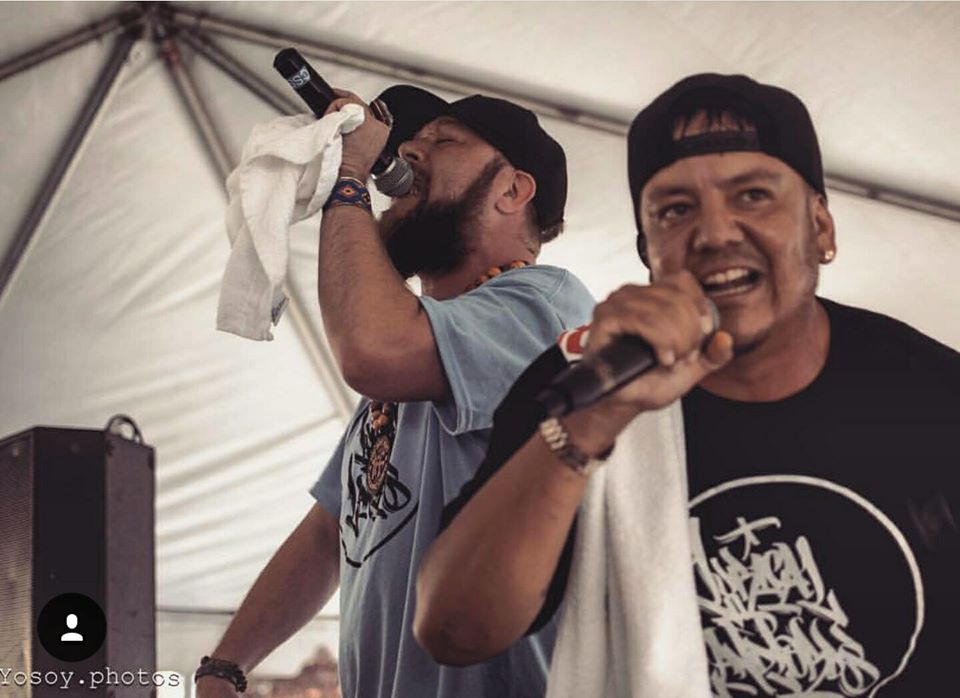 DP: Absolutely. So “The R.A.P. Agreements” is thematically tied to your name of Lyrical Landlordz, does the R-A-P stand for anything in this case, or…?

DP: What led you all to come up with that title?

Nuke: It’s kind of a self-motivating title, you know, so that we’re ready and prepared and never fall on our face, to be professional, it’s just kind of a friendly reminder. Also as far as us being older cats, we kind of pass those ideals down to the younger heads, so that way they can see this is what it takes.

DP: Right. So speaking of some of those younger cats, who are some up and coming artists that you all have worked with or are fans of?

DENT: There’s a lot of fresh heads from this bill. Ya know TMC and Tone E.T., those dudes from Colorado Springs? Those dudes are sick! Bars, wordplay, they kinda remind me of a 90s feel? I love what BE Medina is doing. BYZ, these dudes are a hip-hop group with a whole different following, so it’s like a each one, teach one. Fo’ Chief. SP Double is sick. I’m a fan of everyone on this bill [referring to everyone on the May 30th Lyrical Landlordz album release concert].

Nuke: BE Medina is a guy I discovered back at the Body Bags Battles, I was an admin for that. He was coming through doing pictures and video, and that’s how I met him. Then I found out he could really, really rap good, and I felt he could be one of the best Chicano rappers in the entire city. Since then he’s put out tons of albums, and projects, you know, and he’s backed that up 100 percent. And our dude Justice Rhymes that’s on the bill, both of them are on the bill, are some of the cats we’re passing the torch to.

DP: What’s something that you would tell some of these 18, 20-year old rappers who are just getting started?

DENT: I have a student mentality, ALWAYS be a student to the game, ALWAYS. Rule number one. Rule number two: learn your history, because if we don’t teach history, Hip-Hop is going to be history, bro. Ya gotta know what they do it for. That’s why Sonny Nuke and I are like big brothers, always shinin’ a light on what this culture is about.

You gotta know the other elements of this culture. That’s what a lotta dudes do, they kinda milk it up, and that’s okay. But, this is the highest level of self-expression, this art form is amazing. This is a culture that brings together cats from all walks of life. Just keep on doing your history, and paying dues. 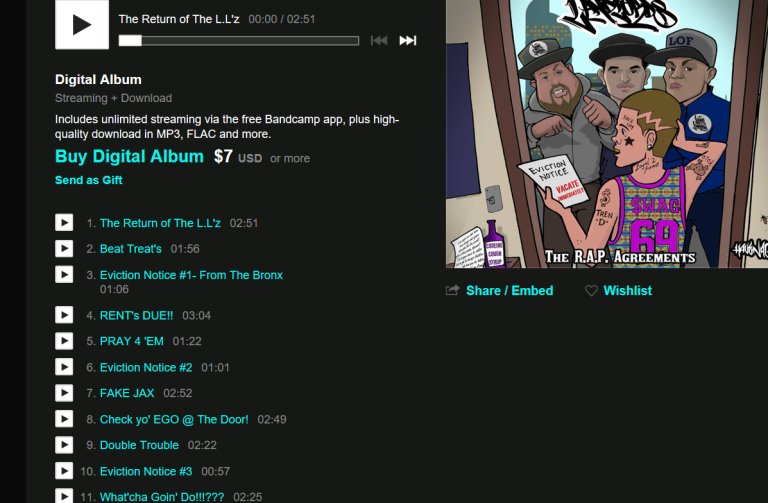 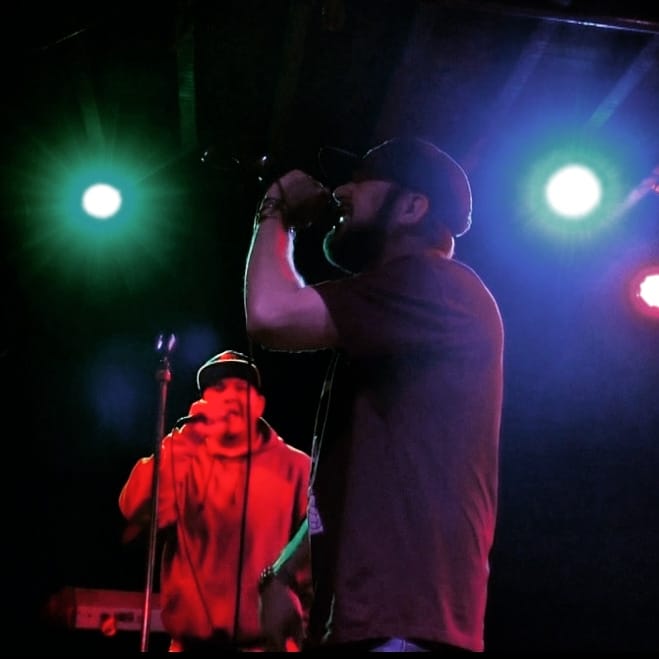