Emcee B Flatt “Back To Basics” EP Produced by NoiseMan Contest 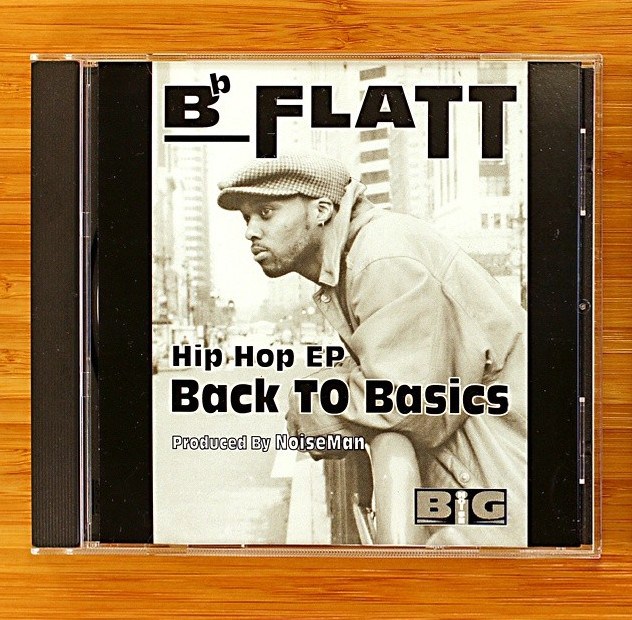 Originally released in 1996, 2016 brings about the 20 year anniversary for B Flatt “Back To Basics”.

The 20 year re-up! This vintage hip-hop project was originally released on Cassette Tape and CD. 42 minutes of hip-hop music, it has been re-mastered and will be soon available, in limited edition, on Vinyl Record, CD and USB Media Stick (containing pictures and bonus tracks).

The B Flatt “Back To Basics” EP was an independent release from the Big Noise camp that defined a new level of quality, soul and organic music as folks from the Bay Area built their catalog. It was a call to the community to stay balanced as commercial radio began to misrepresent Hip Hop Culture. With radio play and interviews from collage stations, as well as performing with names like Rasco (from Cali Agents), B-Flatt and Tyranny brought you that authentic hip-hop feeling.

As a testament to this selections are still in rotation today on Big Noise Radio generating positive fan feedback! In 2016 we just shipped a VIP package out to Estonia in Europe, via special request. Fan’s are still feeling the B Flatt “Back To Basics” EP project worldwide.

In 1995 the project was produced by Noiseman on an Akai S1100 and sequenced in Cu-Base, then mixed on a Soundcraft 24 track mixer. Vocals were recorded on a Tascam MS16 1″ tape recorder. This was the first authentic hip-hop album produced by Noiseman, after releasing a Break-Beat album via Upstairs Records.

Peanut Butter Wolfe, founder of Stones Throw records was a label-mate at the time. The album is a classic hip-hop collectors item. B-Flatt aka B Malik from Oakland, CA can also be heard hosting shows on Big Noise Radio. Tune into the radio shows to hear more B Flatt and other hip hop emcees.

Big Noise Radio is hosting a Prize Package Givaway valued at over $420! In celebration of the B Flatt “Back To Basics” release, 20 years ago in 1996. The Contest will run from April 20th to July 20th, 2016. Giving each contestant up to 3 months to rack up points. To enter, purchase B Flatt “Back To Basics” from our Bandcamp webpage. Buy any of the formats: Digital Album, Compact Disk or 8GB USB Jump Drive (packaged in a slick 1/2 pint Tin). #FOLLOW BNR on SoundCloud, Bandcamp, Twitter, Instagram or Facebook to participate and stay up to date on contest details.

Published in July 1996: B Flatt “Back To Basics” EP produced by NoiseMan, Released by Big Noise Productions, Audio Stream via SoundCloud.

B Flatt Autobiography: Bryon Pyles bka B-Flatt born September 12, 1970 In Oakland, CA. I was first Introduced into the music industry as a hip Hop dancer, dancing with Artist such as M.C. Remedy, San Jose, CA., M.C. Sway and King Tech, Oakland, CA., and The Bay Areas Own TONY, TONI, TONE. With TONY, TONI, TONE I traveled on the MTV Tour, with acts such as Bell, Biv, Devoe and Tara Kemp as a dancer. While on tour with T.T.T. I decided that I wanted to become an MC and began taking Hip Hop more serious. In order to focus I hung up my dancing shoes Temporarily.

As a bay area Artist I began Rhyming on the Live circuit free-styling with local bands such as The Moffesional’s, Alphabet SOUP, and Daddy Goddes. Performing Live on stage was the best feeling with friends and former group members of the spade cats in which I was a part. We once opened up a show at BIMBOS S.F. ,CA for TONY, TONI, TONE in 1993 with a full band and an hour long set.

Gaining respect from family, friends and peers as a dedicated MC. I began paying dues and studying my craft. Watching my favorite artist’s KRS 1, Rakim, NWA, TOO Short, RUN DMC, along with new school artist’s The Roots, NAS, and the Native Touges, made me push even harder to develop my skills.

B-Flatt Philosophy on HIP Hop 1996: I feel that Hip Hop is in a bad state because of the influx of too many amateur artist’s lacking originality and purpose. Longevity and character are developed over time. Hip Hop is an art form for the mind and soul that must be studied in order to understand success.

B-Flatt Goals 1996: My goals are to have a long, Healthy stay in the Entertainment Industry while reaching people through my music and other contributions to the industry. I would like to give back to my community the opportunities that I have been given such as producing other acts to teaching kids how to use a computer. My ultimate goal is to have my son ADRIAN LAMAR PYLES see his father make a difference in not only his own life but in other peoples lives. 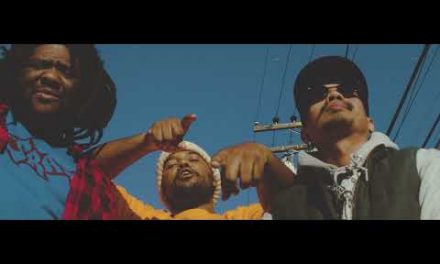 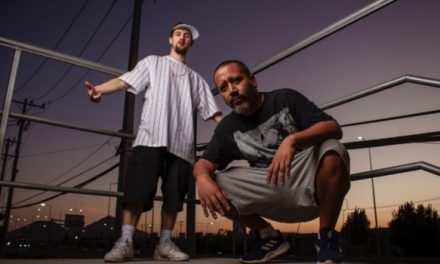 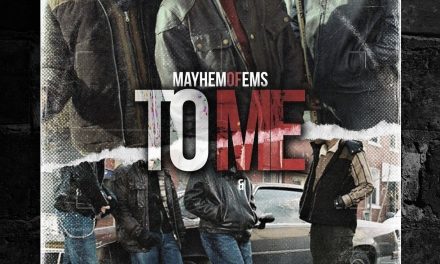