“After fully producing 2015’s “The Pressure“ with A Criminal Entity and “Street Cinemagraphic” by Madmen, Deff Cutz aka ToneDeff Cutz took a hiatus from releasing music. That’s doesn’t mean he hasn’t been hard at work building an arsenal and sharpening his engineering skills.

He’s handled multiple projects including Reckonize Real & Guilty Simpson’s “Carved from Stone” and The Bad Seed “Smoke EP”, for which he also produced the opening cut. He also contributed a emotional beat on Recognize Ali’s 2019 album “Into My Soul”.

45’s has been a long time in the making. Starting with the idea of having the legendary DJ-JS1 (JERMS) hand craft a cover reminiscent of the train yards at a time when 45’s were still played in every household. The instrumentals chosen for 45’s range from 2016 to now but are a perfect collection of sounds to let you know who Deff Cutz is, what he’s lived through and where he is headed.

At its core, it is his soundtrack to the city, an ode to New York.” 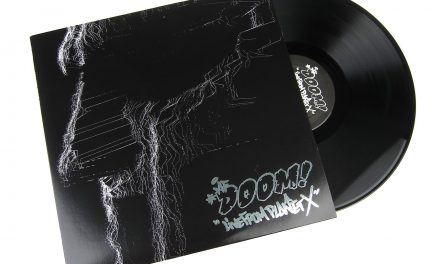 J57 “We Can Be Kings” Release via FiveSe7en Collective / Soulspazm (Audio)