Discover the most popular statistics about Hip Hop Culture 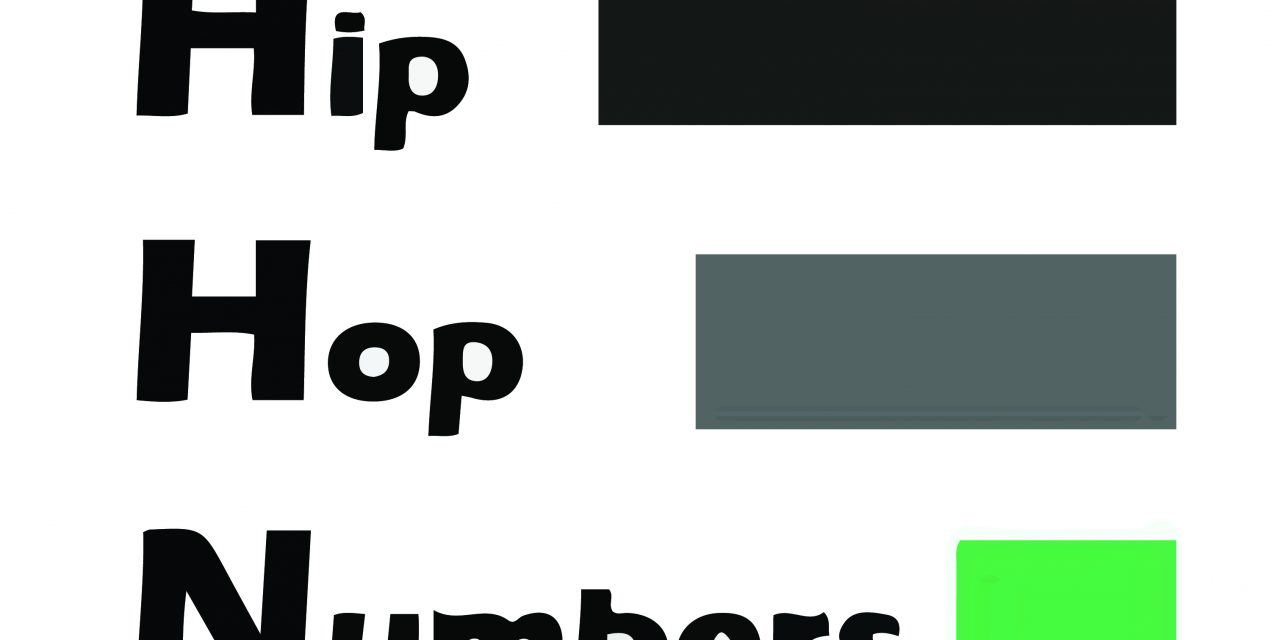 “Hip Hop Stats from everywhere,” says his twitter page. Founder of “Hip Hop Numbers” Ben Carter explains he’s modest beginnings and why he came up with his platform for collecting data and statistics on Hip hop culture. In the interview Ben shares advice and tips for marketers and hip hop fans alike.

How did you get into this business of hip hop?

About 6 years ago, I had a little music and food blog that did ok, and I transitioned into writing reviews for a couple of websites. After about 18 months I felt, “Who honestly cares what I think?! I’m some random guy from Australia”.

I was also working with Genius at the time, doing a lot of annotation of lyrics. I saw so many opinions, and not a lot of facts in music journalism, and I wanted to bring the exact opposite – a totally objective, quantifiable angle.

I began working on statistical pieces at the start of 2017, and my first piece was published by Genius. From there, I turned my blog into pure hip-hop statistics, but I was spending most of my time promoting links. Twitter was a natural progression, easier, I could be more prolific, and use it as a tool to promote my articles and those of CentralSauce. It became a business when people saw the utility and uniqueness in the numbers, and were willing to pay for them.

What is Hip Hop By Numbers about?

The theme is just adding a purely objective angle to traditional hip-hop discussions. From that base, it can expand almost infinitely into different realms and spaces. It can be used to settle age-old debates (I wrote a piece on the myth of ageism in hip-hop, and debunked it using statistics), to add context to a discussion (how often Nicki Minaj collaborates with female emcees, for example), to back up or prove wrong statements by artists or journalists (when Jermaine Dupri made his “female rap is just about stripping” comments we found, statistically, he was not correct). It can settle debates, add context, entertain, inform.

Your role at Central Sauce / HipHopNumbers?

Writer and promoter. Carter, who runs CentralSauce, reached out to me in January 2018, before HipHopNumbers began on twitter. His website was incredibly slick, and he promised to edit and promote my pieces, so all I had to do was write. It was perfect! We went to work, and I think we dropped about 10-15 articles in the next few months.

HipHopNumbers was born of this, because we were using Reddit as our primary tool for promo, and were at the mercy of the moderators. I learned a lot from this, and Carter always spoke of gatekeeping with content. I wanted us to own our content, to be in total control of promotion, not have to pander with clickbait or compromise our vision just to get clicks.

I began HHN just so we could build our own promotional tool. Now, both CS and HHN have grown immeasurably beyond that point. CS is THE place for unfiltered, deep-diving hip-hop journalism, and the writing team Carter has assembled is truly awe-inspiring. The people over there have been totally instrumental in everything I’ve done.

And at the most basic level, it is knowledge. I learned this at Genius, how important annotations and lyric transcriptions are. At HipHopNumbers we discover cool stuff that will forever be historic – Tyler, The Creator becoming the first rapper to go No. 1 with an album he produced and arranged entirely himself, “Revenge of the Dreamers 3” being the most collaborative No. 1 album in Hip-Hop history, Russ being the first rapper to go Platinum on an album with no features and no co-producers.

I want people to have this knowledge and these milestones, and to understand just how important hip-hop is to life, to culture. I learned so much from hip-hop, it was formative for me during my teenage years, and I want to try and highlight both how successful it is, and also how important and vital it is to the world.

What are some online marketing tools you use can’t work without?

To be honest my content is the most essential tool. I don’t pay for promotion or use anything other than the Twitter list function, which lists tweets in chronological order from accounts you add. Because my content is good and engaging, and because I have such a wide array of data, I can hop into comment sections quickly with relevant and engaging content, and this is how I’ve grown the following of HHN.

I have a degree in Marketing, and I have to say 98% of what I learned is clunky, and related more to creating a new need or want in consumers that aligns with the product you you’re trying to sell, or manipulating an existing need or want so it can be satisfied by your product.

I go about it differently, I believe my product creates the want/need, it’s something people didn’t know they needed until they consume it. So marketing becomes very simple: work out a way to get the content to as many people as possible, and at the moment, Twitter is the best tool for that.

Is there a skill(s) that you wish you had that would make you a better business person?

About a thousand! Every time I speak to successful entrepreneurs they give me game I never knew I needed. I align more with the creative side, so monetizing and putting in place efficient systems is pretty alien to me. When I started in marketing I was on the creative side, and I was good at it. The business side? Not so good.

The one skill I see running through the conversations I have with successful entrepreneurs is the ability to take in the entire operation as a whole entity, to see the flow of money, identify the weaknesses, and to plan the route forward. I’ve started writing down plans, creating deadlines for myself, adding a structure, but it’s like pulling teeth sometimes, I find it difficult.

If you’re struggling with this too, I’d suggest asking for advice from people you’ve seen are successful. Don’t be afraid to ask, if they say no, they say no. Targeted help from an expert, even a half hour chat, can transform your entire business.

Anything outstanding or great happen to you within the last month or so you’d like to share?

Ha ha so much stuff that I am not always at liberty to share! Cool DMs from rappers, energizing conversations with people in the industry, cosigns from people I would never have imagined. I think the best one I can speak on publicly was Mal literally breaking down my account and what I do on Joe Budden Podcast.

That’s a podcast I’ve been listening to for 3+ years, gotten me through some of my darkest mental spaces. When I heard Mal actually reading out my tweets, and then Joe saying “oh yeah I know about that account”… That was great.

Being retweeted by Tyler, The Creator, when I discovered he was the first rapper to go No. 1 with an album he produced and arranged entirely alone was also epic. I went out to a party about 2 weeks after that happened, and people were shaking my hand, patting me on the back… It’s sometimes hard to remember that what I do in this little room with my rabbit and my cat and the little Yoda doll my mum knitted for me is actually being seen by millions of people every week.

I’ve basically had “Rare” by 2 Chainz, E-40 and Lil Wayne on repeat all year. E-40’s verse is just incredible, shout out to the Bay Area legend. Also the joint off Benny The Butcher’s EP with Jadakiss and 38 Spesh, “Sunday School.” 38 Spesh has Verse of the Year for me at the moment.

That’s a tough one… Sydney has a local hip-hop scene, no doubt, but it’s nowhere near as thriving or entrenched as America or even the UK. Plus we have lockout laws here now, which have really pushed live music to the outskirts of the city. We have The Carter, which is a Jay-Z themed bar in the city.

Red Room is cool I’ve heard. Shout to The Record Store in Darlinghurst, fantastic beats and good selection of vinyl. Cliff Dive I’ve also heard good things about. I’m 30, I’m old. It’s been about a decade since I was into the scene, I’m in bed by 9pm.

Shout out to Central Sauce and everyone there, Emily, Cathryn, Carolyn, Mum, Dad, my sweet 93 year old Grandma, Skhills, Myles Dunphy, the Genius family I still chat to. The people who supported me, and believed in me and my content when I didn’t believe in myself or my content. Milestones are great, but everlasting is the people behind them.

Bishop Tha DJ drops his next visual and single ‘Encore’ 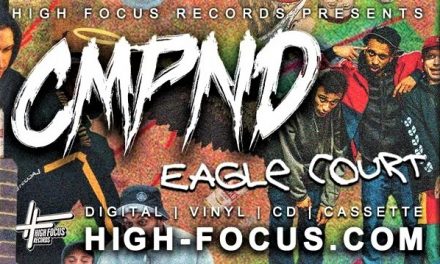 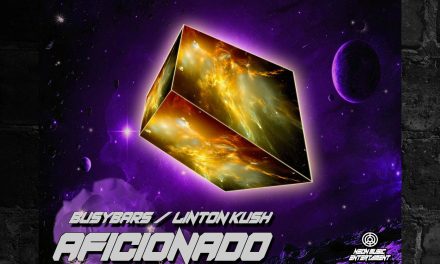