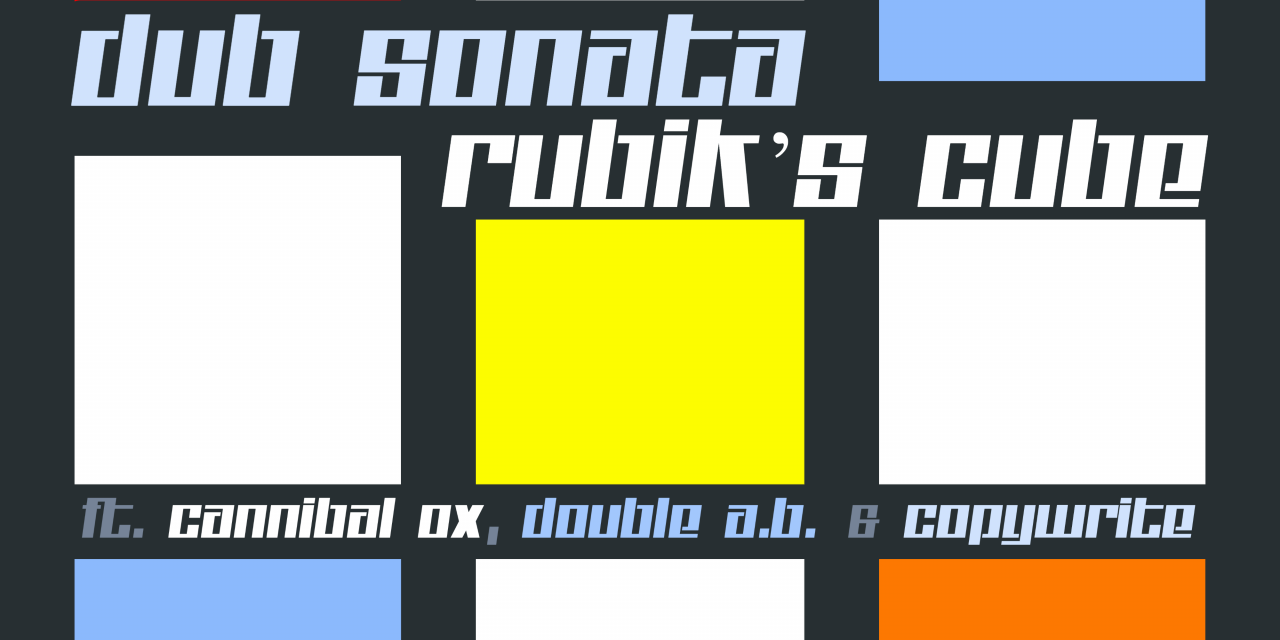 To some, it’s a small square box made of colorful cubes on a 3×3 grid. For others it’s a mind-bending puzzle, unlocking agony to whomever rotates its dials. Here we have “Rubik’s Cube,” the first single off of producer Dub Sonata’s long-awaited upcoming album “Tranquilizer Dart” (Coming Soon, Pre-Order Now).

After lending his production to recent releases from Cannibal Ox, Double A.B. and Copywrite, it only makes sense Dub would call on each act to appear on his first LP since 2012’s Media Shower. Like its namesake, Rubik’s Cube offers something different with every turn, making it a prime candidate for repeat spins while awaiting Tranquilizer Dart’s approaching release on Man Bites Dog Records.