On is the first single from the long awaited sequel Blood Sweat and Tears Pt. 2.

The original album by Angerville and Royce Birth (Blood Sweat and Tears) was an underground classic garnering rave reviews. Ten years later Fortunato, no longer a part of Angerville, has once again collaborated with Royce Birth to recapture the essence of the first album with modernized modifications.

Fortunato is a veteran MC from Toronto, Canada who has worked with Sean P, Smif N Wessun, Merkules and Fredro Starr. He is a two time East Coast Music Award Nominee with over 10 albums and has toured across Europe and North America with Onyx, The Beatnuts, and Apollo Brown. Known for his hard hitting raps and unparalleled work ethic, Fortunato continues to consistently drop gems year after year. 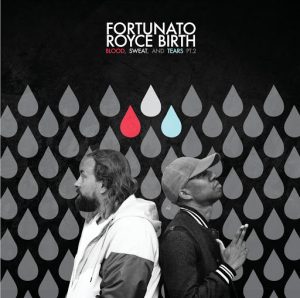