Goodbye Tomorrow cemented their status as occult hip-hop trailblazers in 2015 when Rolling Stone added them to their ’10 New Artists You Need To Know’ list after releasing their dynamic debut single, “Jay Z”. On October 14th, the enigmatic artist will return to the international stage with “04 Money Like That Could Change Life (2019 Freestyle)”. The song addresses their perception of black excellence, with Goodbye Tomorrow delivering shrewd rhymes about African American’s reclaiming their inherent greatness.

“Yeah, I’m mad as fuck,” says the Chicago-based artist, who’s redefined conventional hip-hop standards since releasing their debut project, Goodbye Tomorrow: A Journey Through the Mind of a Non Believer. “A few months ago, Black people were finally voicing our collective anguish, our exhaustion, and our readiness to overcome all the obstacles that have been thrown in our path. But within a couple of weeks, our movement was hijacked by brands and “allies” who had never uttered a single syllable in support of us.”

With 42 Sounds (Stan Sono x V3ry Rich) at the helm of production, “04 $$ Like That Could Change Life (2k19)” reintroduces a sound described by Pitchfork as “shape-shifting stylistic experiments”. It’s Goodbye Tomorrow’s first release since the 2018 two-pack Just 2 Impress U, and comes at a momentous period in American history.

“Black people are still being used as poker chips. Still only here to be talked at, climbed on, and spoken over like objects in the room. Our pain and our trauma is still being stolen, repackaged, and resold to us. And now, the very forces that got us here want to sell us on their sudden inspiration that we “matter.” Written at the height of America’s social unrest, “04 Money Like That Could Change Life (2019 Freestyle)” packs a powerful punch with audacious lyricism.

Pigeons & Planes says, “the collective has gone on to deliver incredible visuals to complement aggressive songs meant to shake up the way listeners think.”

The thumping beat pierces your soul while Goodbye Tomorrow’s combative delivery is amplified with lyrics like, “turn these handshakes into fist (and shit), start throwing bricks (and shit).” This song, with its attitude, nods to Goodbye Tomorrow’s contempt of the system and carries the torch for past icons Public Enemy and Dead Prez.

“04 Money Like That Could Change Life (2019 Freestyle)” is the first of many other poignant tracks off Goodbye Tomorrow’s forthcoming EP fake mad ACTUALLY [manifesto of a fallen king] which will be released later this year. This song revives Goodbye Tomorrow’s promising music career, but also magnifies their mission as creators with an important message.

“Let us learn from our past – from our triumphs + failures, from our friends + family, from our elders + ancestors. Let us return to the ancient greatness that not only birthed us, but created all of human civilization. We were kings before we were niggaz,” they add. 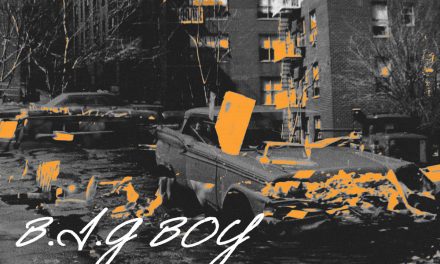 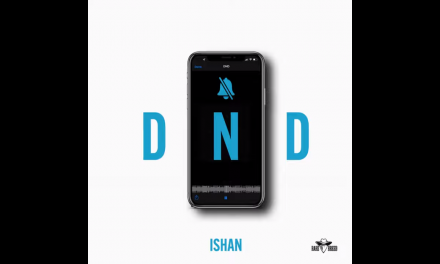