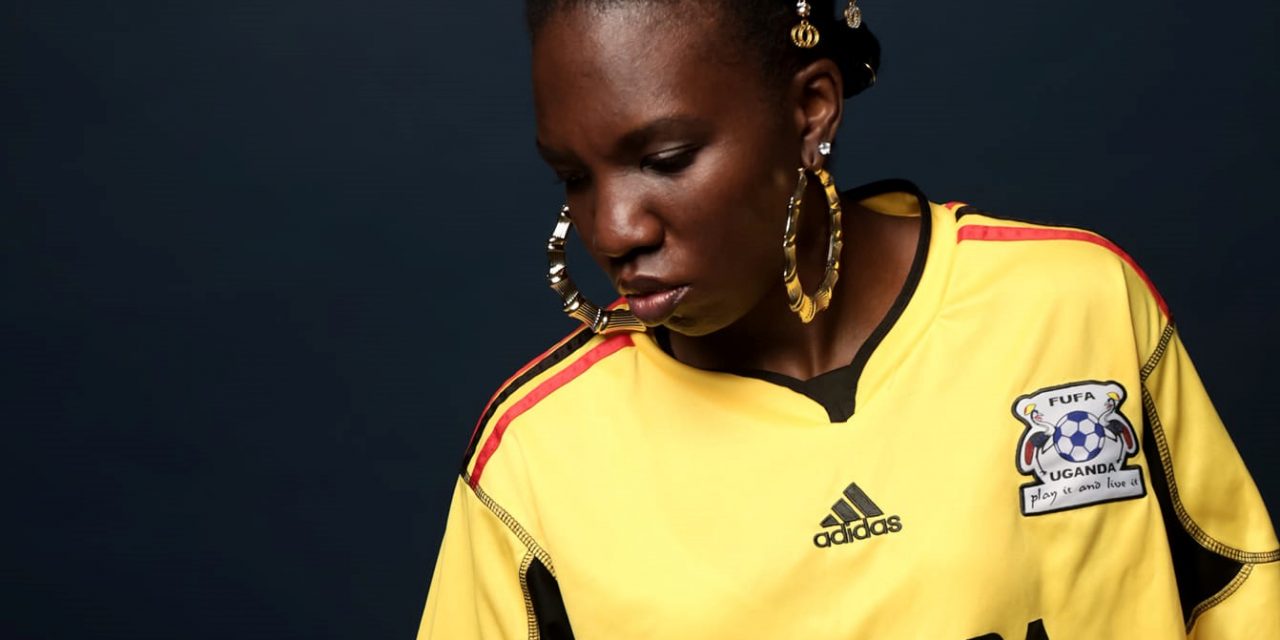 Ugandan born Harlem raised emcee rap activist Emma Lee drops jewels in this interview. Lately she’s been turning heads and ripping up mics so much that she recently won Best US Underground Hip Hop artist on an underground hip hop album by Hiphopgoldenage.com. She talks new music goals and plans for 2021 and shares her favorite places in NYC and more…

What does it feel like winning Hip Hop Golden Age’s ‘one of the best underground artist and album of 2020?

It’s unexpected & pretty wild, I’m very humbled at the full circle. To have points in my life where I was just mute, not wanting to share with the world at all, to having my growing voice challenged at so many points, to someone just hearing me and deciding ‘oh yea, one of the best.’ CRAZY.

That’s a return on prayers, not for the validation but for the inner overcome, for the connection, for the experience of being felt from a heartfelt act, for the green light to keep doing what I’m doing & an affirmation of what I know I have inside.

Was there a concept behind ‘Catch Rec’ prod by Mark Ski explain?

He really didn’t say much and in this case, that worked really well. He had played my recent singles on his radio show & seen some videos of me spitting on social, then just approached me to be on this project already full of known spitters on what I could deduce were hard beats. When I asked him for concepts he told me whatever subject matter I thought was best and to be “as braggadocious or conscious etc.” as I wanted to be, haha!

What are you working on now?

People have been asking, waiting and damn near harassing me about more music. (People is me, I’m people, LOL!) So I’m happily in the home stretch of delivering a whooole lotta new music that will setup a lot more content and possibly a dope virtual show.

My debut album “THE PEOPLE vs. EMMA LEE,” an EP called “CHOCOLATE BARS” exclusively produced by Rocc Well of Germany, as well I said yes to a handful of creatively stimulating single features because ‘always having a full plate’ is one of my mental health issues, LOL!

Just finished producing my last BOOM BAP TV episode for awhile, as well completed editing the music video for “LIKE IT’S 93” which is the first single off the upcoming EP. I’ve stepped up my networking game too so there’s a lot of cultural builds coming that people won’t expect.

Besides rap, producing, activism ect. ect. any other hidden skills we should know about?

Haha! So I’ve been outed on here as not just a rapper, all good. I’m a former athlete: tackle football, boxing and a bunch of things from youth, even was a coach for a while.

I was in a few gospel choirs coming up & a dancer in the Oscar & Grammy nominated performance group Impact Repertory Theatre. I cook a lovely pasta sauce from scratch & I once started and operated a multinational nonprofit organization named Ottoo Brand Artivism. I guess my realest skill is sanity!

How has COVID affected your hustles and what do you think about the vaccine?

Like a lot of folk I had regular jobs before quarantine so I’ve been off the ‘rat race’ routine for a while. I’m not really in the ‘remote rat race’ either but I’ve still dug deeper into my creative powers. I listen to old Brian Tracy audio a lot and years back he called this a “knowledge economy.”

Even spiritual scribes from way back writing about the Age of Aquarius wrote about the shift of this current paradigm and society…so I’ve accepted fluidity, slid back into a very nocturnal body clock & been re-learning to swim.

NOT with the vaccine… sooooo many points of inaccurate, inconsistent & downright questionable information. Someone out there wants us to normalize policing each other about this instead of asking more questions and learning more about the relevant history and our relevant rights. I notice artists are starting to add to the ‘witch hunt’ vibe of people not with it, it’s a lot of sci-fi movies coming true.

I was raised to think critically at all times. I study history, systems and political science as well as the human body & metaphysics, from multiple world views. What I know is I’m not willing to submit my rights and quality of life to anything short of a whole truth.

Before social distancing what where some of your fav hip hop, radio, store, grub, spots in the city?

I had just found a falafel spot I fell in love with called Gyro King in Brooklyn. I would always cop on pita with chickpeas, tomato, cucumber, red onions, dark greens, pepperoncini peppers, white and hot sauce with a side of yellow jasmine rice. Pita Palace in Bushwick does a nice falafel too, they throw a cabbage and a slice of beet in it unless you tell them not to, a very interesting twist!

Original’s in Canarsie has the best garlic knots in the city and one of the last, decent, REAL slices of pizza. Washington Heights hosts Antika (NOT Antifa!!!) one of my favorite Italian restaurants as well as best pastelitos and dishes from Dominican Republic. A Chinese hand pulled noodle spot in Harlem has bomb chili oil that goes on the very yummy noodles as well as really good scallion pancakes.

T.M.E. Pro Studios in the Bronx, I did a lot of growing up there in recent years, they broadcast their underground Hip Hop show “Guerrilla Grooves Radio” live every Tuesday and used to have it so anyone can pull up, chill & enjoy. DJ R Trane would also do his “Time Travel Mix Show” live every Friday from there, he’s one of my favorites. 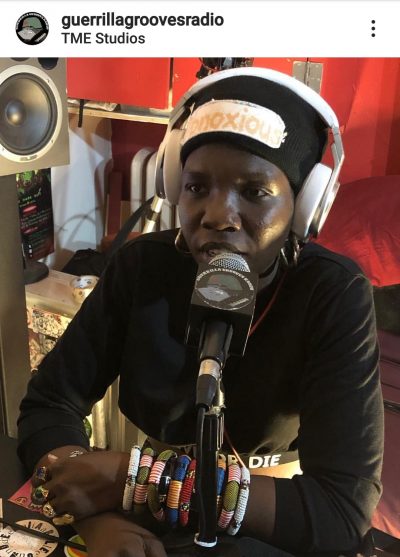 Would have me dancing & rapping on the dance floor all night long, cypher huddles not unusual. That studio is right next to Bronx Native, a really dope Bronx culture merch store & community hub.

Union Square Park for chess and dance battles. When I used to eat meat (7 years without) there was a spot a few blocks down from there called 99 Miles to Philly that sold theeeee best cheesesteaks outside of PA. SoHo, Canal Street and Alphabet City for fashion and visual stimulation and playful exploring.

Mexican Festival in Upper West Side has the best and freshest nachos if you’re not gonna make them yourself. Back to my hometown Harlem for a vegan spot called Seasoned Vegan, soul food, African wax prints, street vendors galore & of course the energy of the so-called “mecca of Black culture.”

Your opinion on the state of hip hop culture these days?

Mos Def (Yasiin Bey) said (on the classic “Black on Both Sides” album!) Hip Hop is the people, Hip Hop is us. So whatever’s going on with us is what’s going on with our music and culture. It’s clear to me we’re having some great individual gains and significant (but momentary) victories against the backdrop of a lot of imbalance.

There’s a lot of inspiring creativity happening on the major level with visual production and a lot of good heat bubbling under the surface with quality indie artists doing quality work, yet to be really seen. The field is flooded & repetition is still an issue, but I still believe the cream always rises & the truth comes to light. We’ll see critical shifts soon.

Favorite Bruce Lee movie if you could pick one??? Favorite quote(s)??

Oh man…PICK ONE??! Call me corny but “Enter the Dragon” combines the most cinematic glory with the most life lessons and self-care inspiration for me. That mirrors scene, it blew my mind and still leaves an impression on me about psychological strength & strategy.

All the training school scenes were visually striking, Betty Chung and the women were stylish asf, always looking classic. Seeing Jim Kelly in action was great for the multi-culture & really had me thinking about journeying to Asia for myself. Not as hype fight-wise as the Chuck Norris jawn and way more commercial than the earlier scripts but heavily iconic…

“The enemy has only images & illusions behind which he hides his true motives. Destroy the image and you will break the enemy.”

“Learn to discipline your emotions, because if you don’t your enemies will use them against you.”

“Don’t think, feel…it’s like pointing your finger at the moon. Don’t concentrate on the finger or you will miss all that heavenly glory!”

“Ghettoes are the same all over the world, they stink.”

2021 for me is free of old, un-serving thinking, habits and people. I hope to honor my soul purpose and spirit mission in everything I do by staying true.

I hope to make hard, necessary decisions easily. A step forward in team building for these bigger visions and nurturing my music and art like a growing child full of infinite potential.

A getaway (or five) to destinations I’ve been Pinterest-ing about all year. More peace, more fruits, more glow, more gratitude.

Before COVID struck we asked activists Mfudishi about gentrification uptown was it good or bad, what’s your take on the matter?

Both. Good because streets do need to be cleaned, neighborhoods do need to be more livable, Harlem is a unique cultural landmark that deserved more attention. Bad because the people & even some of the landmarks were “sold out” in the process. A large number who grew up there and created the cultural equity can’t afford to live there anymore, that means a neighborhood now dominated by consumers that’s a big shift.

Businesses & banks having nothing to do with the values of the land stand prominently on the front lines. Black owned businesses & hubs that should’ve been preserved were instead poached, gutted & sold. Modern architecture has disrupted the aesthetic on many of the historic blocks.

The new residents don’t necessarily honor the same pre-gentrification values, a part of the sense of true community is lost. There’s a way to do everything and there was a better way to make Harlem a better place. We digress. Brooklyn started it, but watch (what’s happening) to the Bronx now.

Thank you so much & best energies forward! 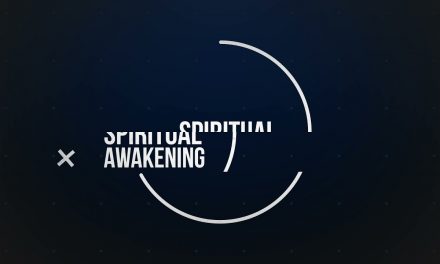 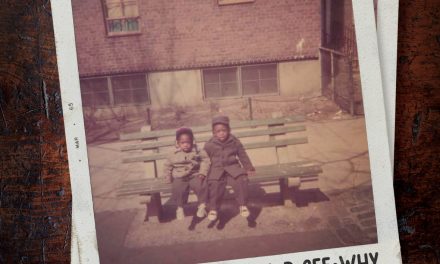