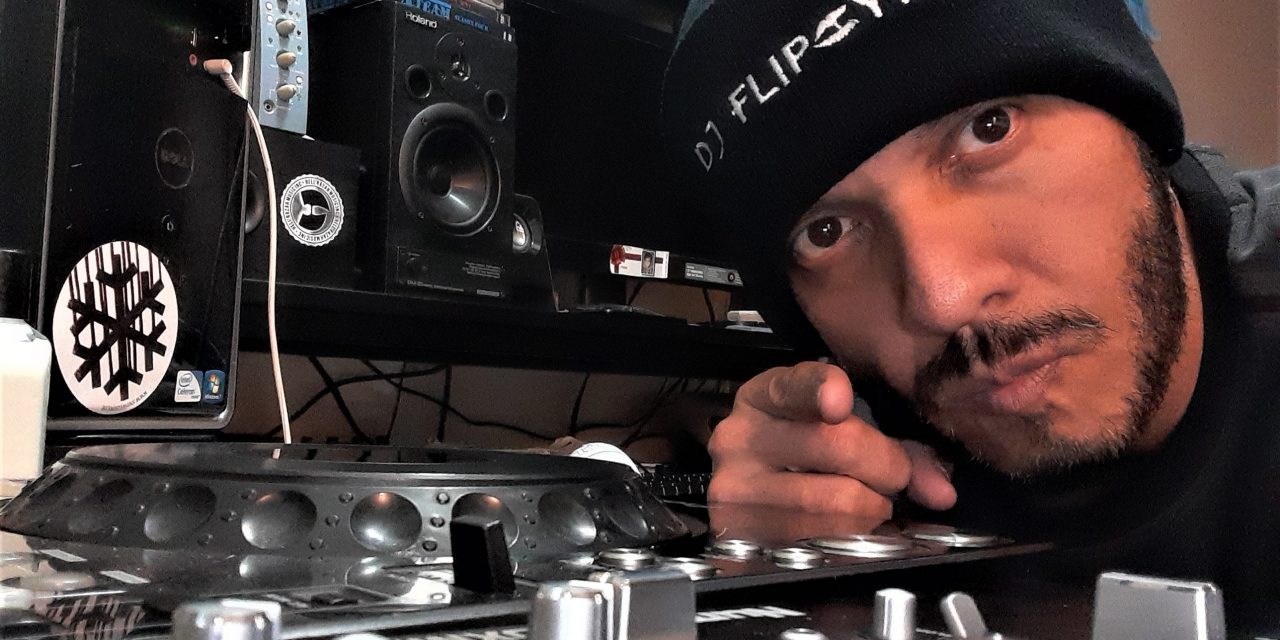 Home now is Las Vegas, Nevada. I am originally from El Paso, Texas but am living in Las Vegas Nevada now so I would pretty much say that would make it home.

How did it all begin?

It all started in 1992 when I bought my first set of Turntables which weren’t even Technic 1200’s but were good enough for me to learn scratching and become the DJ I am today.

How did you get that name?

My friend and I were hanging out with a couple ladies in my room one night while I was just playing records on my turntables and drinking beers and he walked into the room and said “Ladies and Gentleman, Let me introduce you to DJ Flipcyide”!

I was like, “That’s it that’s gonna be my DJ name”, and asked him where he got it from? Said it came from an old cartoon named Kidd Video where there was a cartoon character that said “I’m taking you to the Flipside”! 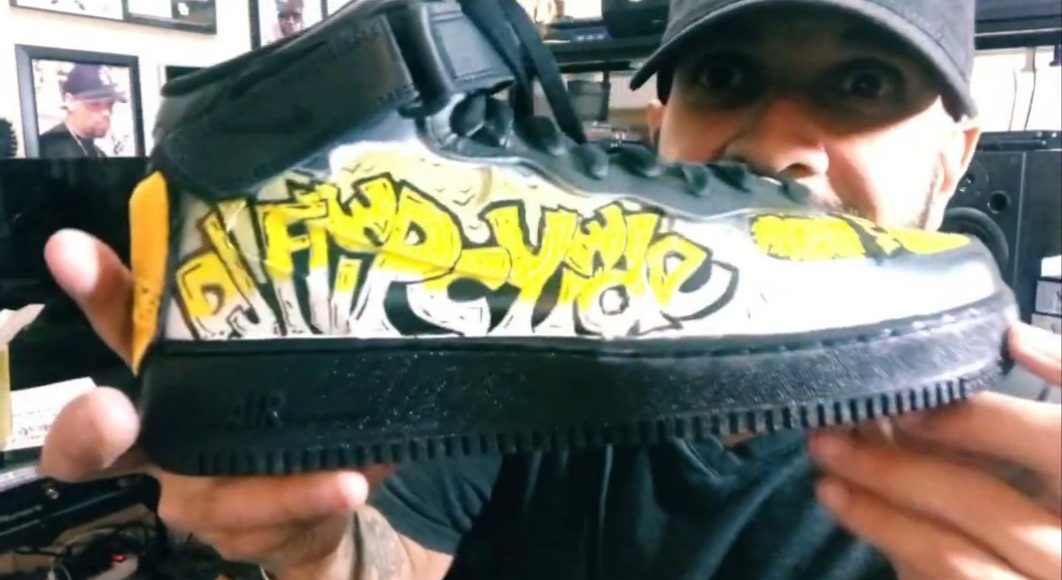 Funniest thing that ever happened at an event, party or studio?

I would have to say it was a house party I Dj’ed back in the 90’s, by the end of the night I was shocked to see that a couple people had stuck tips in my empty beer cup and there was also a girl’s number in the cup with the money as well! Lmfao! Not bad for only DJing a house part lol

If you could rock with any MC, who would you choose?

Heaven Razah aka Hell Razah from Sunz of Man, and I already do rock with him and it’s an honor!

Any new mixes coming out? 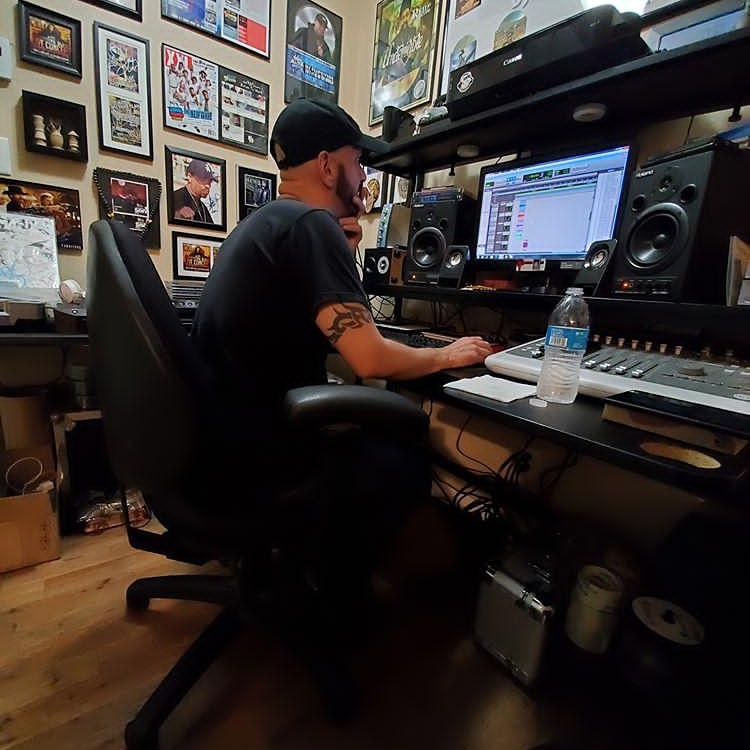 Do you take submissions? Where to send?

Yes I do, and all music submissions or YouTube videos can be sent to my email at flipcyide@gmail.com
All songs must be in either mp3 or wav format with all info otherwise I will discard them as my email stays flooded with music!

Best place to hear underground hip hop in your city?

At my house Lmfao! Funny but true.

I don’t know too many Hip Hop groups in Vegas. The solo artists doing their thing out here I would have to say are Dizzy Wright, Eternal Of Killa Beez, and Born Divine! 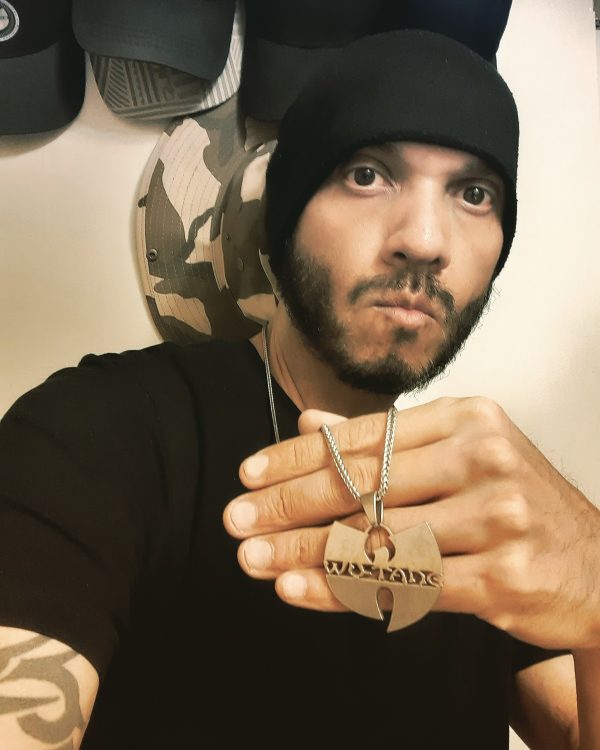 First I would like to thank you all at MRC Promotions for this interview and for your time! To my “Son” Alaric Dacari Gonzales your my heart and the reason I push on everyday, also to Heaven Razah for believing in me and letting me do what I do best with you, to make all this magic happen musically all these years and rock on your Record Label. It’s a “HUGE” honor!

I also want to thank God for always blessing me even when this world is crumbling right now and a lot of bad things are happening, I have been in a great place, and of course never could forget my fans, supporters, and friends who rock with me and stand by me and truly support me!

Not those fake friends who act like they do but really don’t!
I’m talking about the ones who really stand by me, bump my music, and are happy to see me succeed as I would be happy to see them succeed as well!