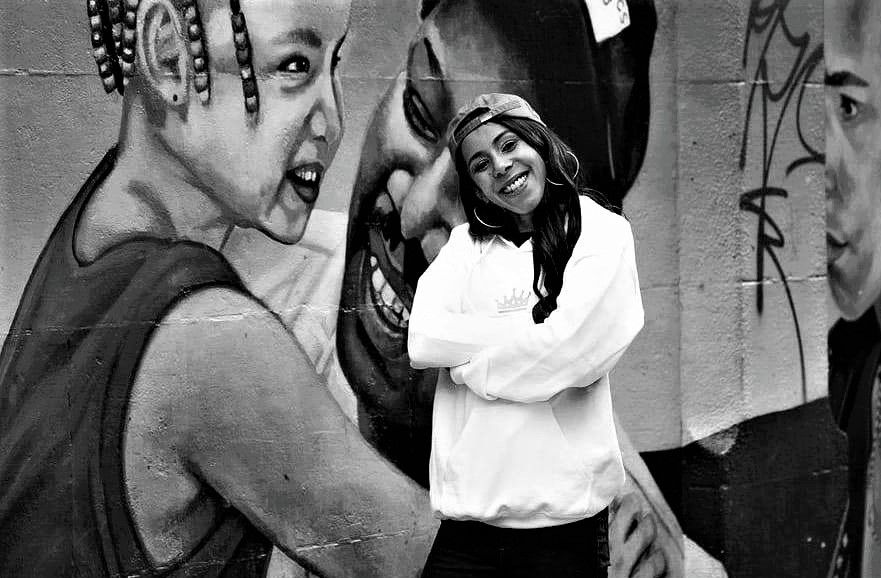 I would say my first hip-hop experience would have been when I was about 2 or 3 years old. My older brother, known as Checkmark (of the Cambridge-based rap group Skitzofreniks) would have cyphers with his friends in his room back then.

There was a time I was in the room with them and the “Speak Ya Clout” by Gang Starr instrumental was playing. There are three different beats in the song and on the last beat (Guru’s verse) they passed me the mic.

I can clearly remember specific lines I said and repeated because everyone was so amped! “My name is Jill and I am ill” and “I got skills and it’s my birthday” haha!

It’s pretty funny how my first experience with hip-hop was in a cypher and now I’m in a position where I’m organizing and rapping in cyphers so it feels like everything is falling into place in a way I never expected.

How long have you been having the Bridgeside Cypher?

The cyphers originally started in 2017 right in front of Graffiti Alley, located in Central Square, Cambridge. It started with a few Cambridge locals jamming out on a Friday night. Then it grew into more local artists joining us and spectators observing the fun.

I started attending the cyphers in the summer of 2018, so about 3 years now. Once I noticed my former high school classmate, Aaron King, was the head organizer of the cyphers I continued to attend each one.

At first, I was going in support of my friends who rapped on the scene. Immediately, I was encouraged by Aaron, friends, and many others at the cypher to continue my growth as an artist. It helped me gain more confidence in myself to become a local artist as time went on.

We always emphasize that the Bridgeside Cyphers are a safe space for upcoming artists to work on their craft without judgement or criticism. That way they can gain the confidence to perform publicly. I think that is so important and very inspirational for any artist.

In my experience, it’s been amazingly positive! Cambridge is so unique with people from many different backgrounds and cultures. All of the Cambridge artists I’ve met previously and recently know we have that community bond, so we always support each other in some way.

I’ve gotten mad love from the Boston scene and other surrounding cities too which I’m so happy about. It’s a big deal for me as an artist and as a curator for Bridgeside. 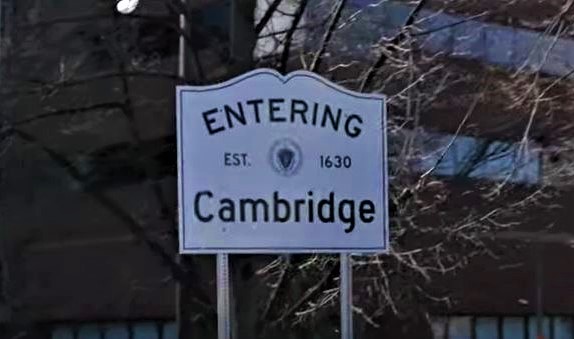 Craziest experience at a cypher?

Every Bridgeside cypher has each been special in its own way, whether there was a theme or different location, it’s always unique! I think our craziest cypher was one of our most recent cyphers at Starlight Square, a community venue located in Central Square Cambridge.

It was half spoken word, half live band cypher with some featured performances. The Spoken Word was amazing, shout out to our host of the evening, Amanda Shea! Once the poetry segment was finished, we get to the featured performances and as soon as the band starts playing it begins to rain. I’m thinking the show’s going to end halfway through, but luckily the venue had several tents for the band/performers, equipment and the audience.

I was so thankful and as they say ‘The show must go on’! One of our featured performers (a long time Bridgeside artist) Terry Borderline and his band, The Suns begin to perform. In the last two songs, it downpours! The performance was already excellent, so there was no way we could let the rain stop the energy we all had.

Terry yells into the mic “We’re all gonna dance now!” and every single artist there left the tents and danced and we continued to perform in the rain with the live band. The music and energy of the cypher became so exhilarating, unlike any of our past cyphers.

I don’t think I’ve ever enjoyed jumping in puddles and being completely drenched from head to toe until that cypher! Once it ended and we were ready to pack up for the night it stopped raining. Such a memorable cypher, I could never forget it. I seriously feel like we had the rap gods watching over us that night. 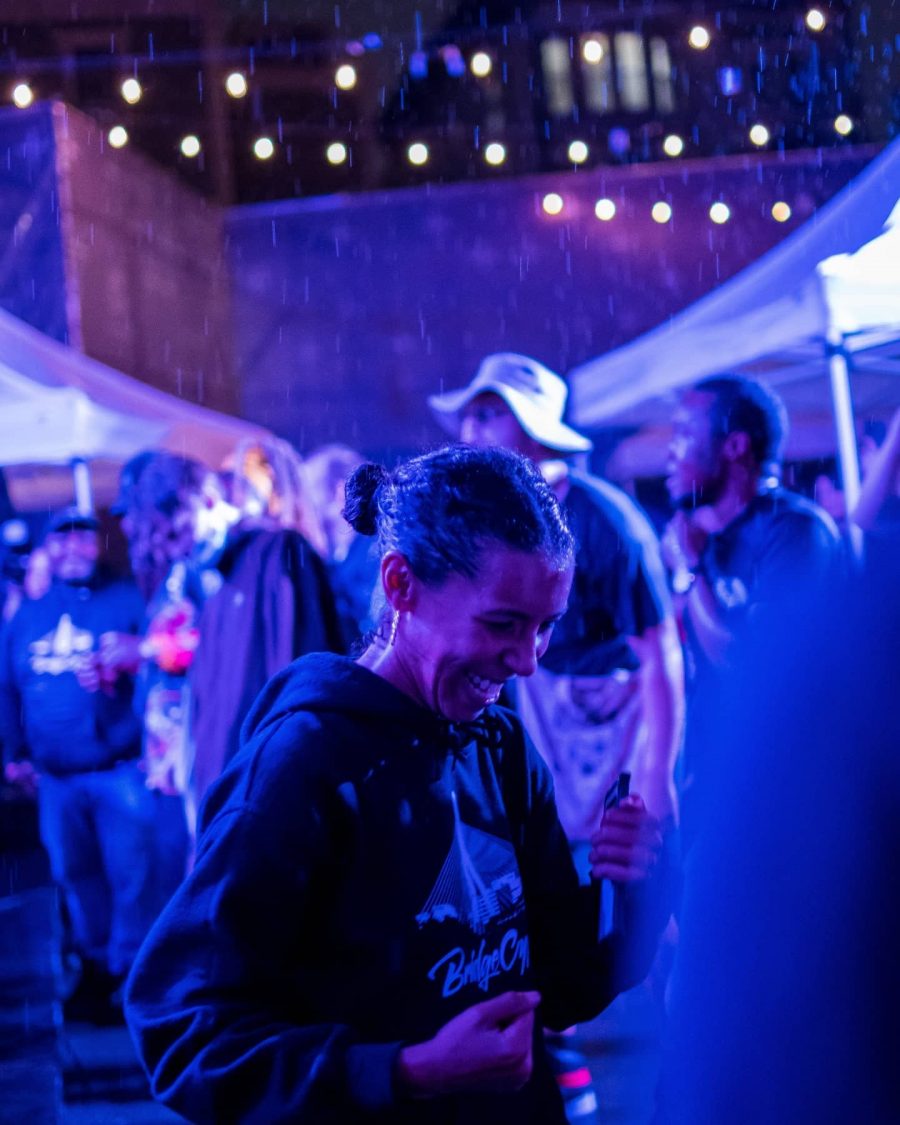 Can anyone get down??

The cypher is open to anyone and everyone! At the Bridgeside Cyphers, I’ve seen Cambridge locals like myself, kids/teens, seniors, college students, and the homeless community connect in an environment through music without judgment or tension.

I think that’s something special that you don’t see very often and very unique. I think some outsiders, who aren’t familiar with our city hear the word “Cambridge” and assume it’s, ‘the rich town’ because it’s where Harvard and MIT are located. There’s so much more to Cambridge than the universities here.

I tell every artist I meet “if you are looking for a place to work on your craft in a public setting where you won’t be made fun of and critiqued, Bridgeside is the place to do it”.

Especially for the female artists who may be on the timid side. And nine times out of ten, even if they’ve said no to me already, they still find the courage to rap and/or sing at some point during the cypher and get their shine for stepping out of their comfort zone.

As a female artist myself, I know firsthand how tough it can be, between the misogyny and the aggressiveness from male rappers, it can be intimidating. It dominates a lot of cyphers and hip-hop culture in general.

We try not to censor artists too much, but we do ask artists not to use lyrics that are disrespectful to women or homophobic for those reasons. That was implied through feedback from women before I became Director of Cambridge Hip-Hop, so that was just one more reason (out of the several reasons I have) to attend the Bridgeside Cyphers. 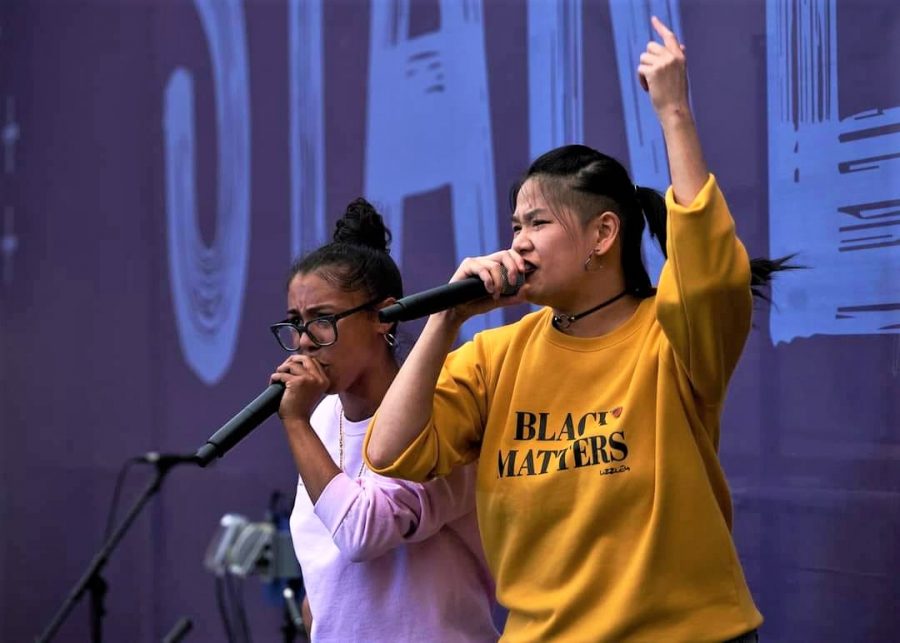 Best spots to eat and hear hip hop in your town?

I consider Central Square to be the mecca of restaurants in Cambridge, there are so many options to choose from! I’d say the Middle East Restaurant & Nightclub in Central Square could qualify as one of the most popular and town favorites for food and hip-hop.

The Middle East is well known for hosting local and industry hip-hop shows for decades. When the pandemic began, a lot of venues and restaurants closed down so it was extremely hard for the music community. On top of that, the street performer’s permits were being taken away, including ours.

I think the biggest blessing Bridgeside, as well as the rest of our community received in 2020, was Starlight Square, a community venue located in Central Square behind Graffiti Alley. It was created by the Central Square Business Improvement District and Flagg Street Studio, specifically for the small businesses, restaurants, and the music/arts community to be able to function through the COVID-19 pandemic.

They’ve provided numerous pop-up shops, food trucks, a venue with a large stage with socially distanced seating, handwashing stations, and designated entrances and exits. They’ve hosted all kinds of events including the summer series of the Bridgeside Cypher.

I think all of our local artists who’ve attended have made a great, positive impact on others who normally wouldn’t enjoy hip-hop. Sometimes they’ll resort to the stereotypes until they’ve witnessed otherwise at our cyphers. That’s something very important that Aaron and I want more people to see.

Best spot to get a fit or sneakers??

Lately, I try to buy locally as much as I can, especially from the black-owned businesses out here. My signature swag usually consists of custom baseball caps and hoodies. I have to shout out to London Customs for all of my customized caps. He’s such a beast, he customizes all kinds of apparel, paintings, and tons more!

Another shout out to my girl Nancia with her brand Queen. Nancia’s a Boston, female artist who’s hooked me up with a ton of fly hoodies and is big on female empowerment like myself so I love her merch.

And also, Black Matters, another black-owned apparel brand owned by Cambridge-based hip-hop artist, Lizzle4 & Rose Schutzberg. They launched their business after the George Floyd murder and have been giving back to our community in so many ways so I love supporting them and their movement. 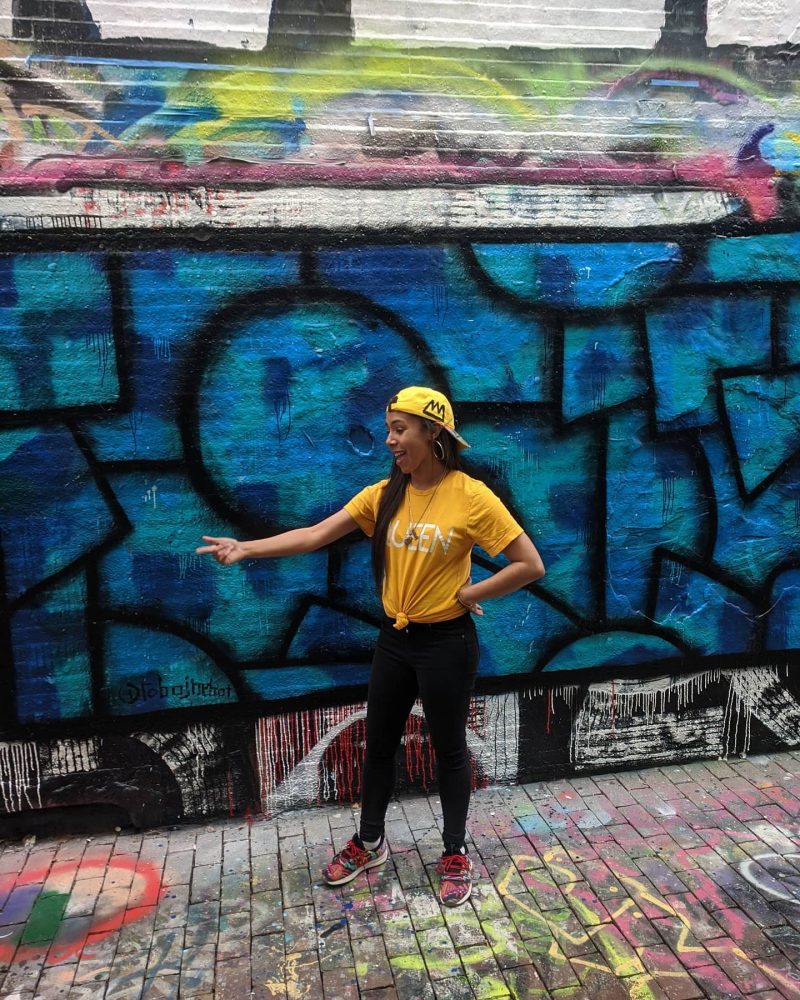 Any new music from you or your bro?

We’re always brainstorming! My brother and I are still really psyched by the “Life For Us” music video we released earlier this year. We do have an idea about re-creating the “Speak Ya Clout” freestyle he recorded when I was younger. We have some cassette tape searching to do so that may take a while, but keep your eyes peeled! You never know!

Goals for the rest of the year??

Towards the end of 2020, Bridgeside became a non-profit organization as The Cambridge Hip-Hop Collective. I was given the role of Executive Director on the board which was one of my biggest accomplishments!

The last big goal I want to meet by the end of this year is to host a compliment rap battle. It’s been on my mind for about a year now. I love traditional battle rap a lot but I have a few tricks up my sleeve that I think the crowd wouldn’t be expecting from a compliment battle. I think people will be surprised and enjoy it.