Mythconceptions of A Culture The Facts PT. 2 by P.H.A.S.E. 2 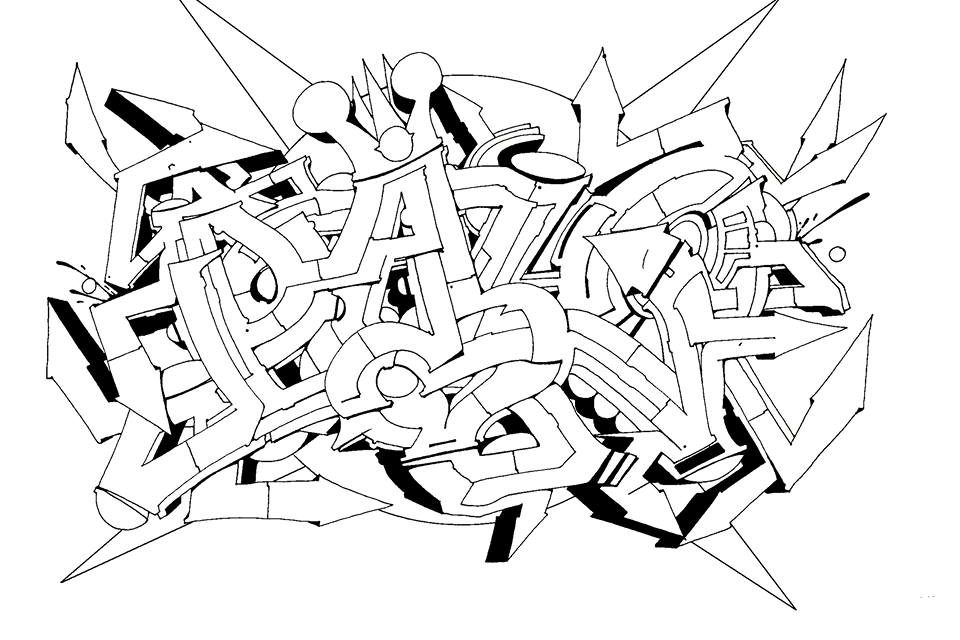 Here in this part 2 series P.H.A.S.E. 2 takes time to explain some of the myths and misconceptions represented in popular B-boy / B-girl culture today: These are the facts..Graffiti is some social term that was developed (for the culture) somewhere in the 70s. (IZ THE WIZ)

Writing is indeed a movement. Throughout most of its existence many writers’ signatures have possessed qualities and characteristics unto itself and not conforming to the “basic way” of writing. This has been accompanied with the masterpiece, the mastering of spray paint the ongoing creation of style, and evolution of the letter.

All of the aforementioned, even without, but surely with the expansion of the cultures’ curriculum beyond writing, ascends it above the descriptions stated within the confines of the commonly used reference.

Writing: Technically, it begins with the signature and proceeds with the masterpiece. Both have their stages of metamorphosis. Then there is the throw up.

The signature and masterpiece would be considered writing’s main or major components. The masterpiece is the dominant of the two forms. Far from science or theory, they are its makeup and primary elements.

Writing is centered on names, words and letters. Combined with the objective of their execution, this creates the product and the overall makeup of the writer. Writers agree without a doubt, that there is an attitude and commitment within the soul that accompanies being a true writer (as well as being true to the culture) that one’s volume of work, brandishing a can of paint, or going through the motions can in no way replace.

One’s use of spray paint is not an automatic right of passage into the ranks of writing. In the aerosol domain a writer would be one whose main function is painting signatures or rendering pieces of any style, simple or complex.

Aside from those ever so important redeeming qualities, an individual’s concentration in those aforementioned areas would still account for their being known or labeled as a writer.

Let us again clarify the total spectrum of our subject matter, “Writing,” (signatures, pieces – complex, intricate and other style lettering and throw ups). Apparently aerosol writing is a derivative of the alphabet; but the instance of its evolution and transformation weighed in its entirety exceeds the limited curriculum of the alphabet.

Undoubtedly the user of the aerosol can is an integral part of the culture that must also be recognized. Outside of writing the culture has extended itself and now consists of other forms connected to, as well as removed from its original format (writing) and this too must be recognized.

The appropriate terminology that describes this atmosphere in relation to all of the aspects within it’s “Aerosol Culture” i.e.:

“I am a bomber, strictly throw ups … quantity” … “I do a lot of animation … B’Boy style characters” … “Hard-core … totally into crazy letters” … “I hit all over … with signatures” … “You name it, abstract, surreal, fantasy scenes” … etc.

Based on one’s perception of what art is, all of the ingredients within Aerosol culture can be “classified” as art or “AEROSOL ART.”