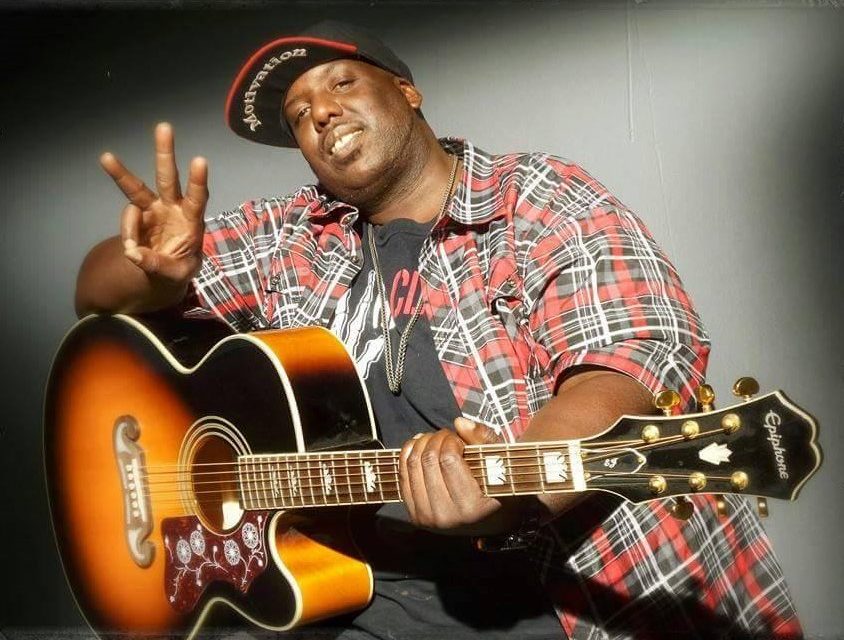 We connected with Nashville hip hop artist Kelly Buchanan aka Dj Top Notch for an exclusive interview to find out more about his hustle and his music influences from day one to the present in the music city.

What part of Nashville you from?

I was born in Nashville Lake Providence.. Nolensville Road. When I was in sixth grade we move to Antioch about 15 to 20 minutes outside of downtown Nashville.

Can you tell us a little about your background and how you got into production?

When I was very young my older brother was a DJ. He DJ’d with the a local street celebrity named Tony Baba. They played clubs and bars all over Nashville, I fell in love with it.

He also was a DJ at the Nashville skating rink which was big in the 70s and 80s. When I got old enough I started DJing on a component set my brother was blown away because I was using non-traditional DJ equipment and still doing the same thing he was doing with reel-to-reels and a Technic 1200.

My brother gave me my first DJ setup I fell in love with it from that point on. From there I started to produced beats for my friends in my mom’s basement on O’Kelly Drive. Around the late 80s early 90s my friends convinced me to start rapping and that’s when I got the name Top Notch because I did all elements of hip-hop.. DJing and production, emceeing, aerosol art.. also I was a pretty good dancer LOL! At that point I never looked back…

Did you learn an instrument when you were coming up?

My good friend and co-founder of CMF entertainment DJ Boots AKA Marcus Dontley taught me how to play drums. His father was a well-known Blues drummer from Clarksville Tennessee. As I started to work with live bands on Broadway in Nashville and being in a funk hip-hop group being called 3rd Class that was sponsored by Epiphone Guitars.

I picked up the acoustic guitar and the bass guitar. I’m still at a novice level but I can get what I need and sample and chop it up.. and it sounds great LOL.

First major project you worked on?

My first major project that was on was a project called Something For The Blunted produced by DJ Sir Swift and DJ LIL LES. It was an underground project featuring Nashville MCs FMC’s from Memphis. Mr. Nightmare on the album also Tom Skeemask and a few other legendary Memphis artists and also legendary Underground Nashville artists. That project led to me getting an opening slot on the ‘Rock the Mic Tour’ in early 2000s.

Also in 2010 I was cast as a lead antagonist or bad guy in a feature-length film call money makers starring Underground Nashville artist and also the rapper Freeway Pimpin Ken and Young Buck. This movie was a great and was picked up on video sales and played a few major theaters.

Would you describe yourself primarily as a DJ or music producer?

I would describe myself as a DJ music producer and MC. I do it all!

What is Top Notch Tuesdays about?

Top Notch Tuesday’s is an event.. a creative to showcase hip hop in downtown Nashville. Not only do we let rappers, showcase skill but we also do all genres of music. It’s held at the Tin Roof on Broadway with a few bands that hire me to rap and scratch on turntables while they play music with a full band.

The bar ask me could I find other artists to promote diversity in the Music City. A lot of people think that the Music City was the ride from country music but if you do research you would know that the name Music City came from the ‘Fisk Jubilee’ singers going to Europe and singing for the queen and she called them the Music City Travelers.

I’m born and raised in Nashville Tennessee and it is my dream that all music is represented in this great town so that is where Top Notch Tuesday’s is about showing that there’s more than just country music in Nashville.

We don’t charge the artist to play and also it is a TV segment on the CW 58 Nashville television show Cashville live. The producers of the show are Marcus Pettway and Michael Northern.

We have a few things in the works. I have joined forces with a great musician and rapper by the name of Kyhill the Broadway rapper and we have formed a super group called ‘The Smash Brothers’. We also are developing a comic book and cartoon series based off these characters. Also I play with Matt Ferranti a guitar player and keyboard player for Brett Young whom is a five-time number one Platinum selling country artists.

Also there is something else in the works regarding a reality series based upon my experiences on Broadway in Nashville being a rapper in honky-tonk bars I really can’t talk much about that but hopefully it will go through.

Also I will continue to play in bars on Broadway this summer so you can catch me at the Tin Roof Broadway, The Chamber of Demonbreun and also The Valentine and many other bars on the Broadway strip.

How about those Titans? Playoff thoughts?

I love the Tennessee Titans that’s my team. We just in a developmental stage I think it has a lot to do with coaching. If we coach up our offensive line we will be okay. I ran into a couple of the coaches and I told them in order to keep Mariota alive they need to move that pocket. But now we’ve replaced him with Tannehill and it seems like everything is going all right hopefully we’ll make it to the playoffs but we have to get that coaching better. Titanup up y’all!!!

They say Nashville is one of the fastest growing cities your thoughts? Good or Bad?

I think the growth of Nashville Tennessee is great. But with all growth comes pain so that’s what we’re going through right now. I hope that we keep the small town mentality that I’ve grown to love being from this place. This is my hometown and I love it with everything in me.

I hate the fact that they’re going up on everything, makes it for some kind of hard to survive but we just got to keep working. Also I have a problem with the gentrification moving people out of their homes they lived in their whole life just for a dollar hopefully that will stop.

What makes the music scene in Nashville special besides the country music? Is it changing?

The music scene in Nashville has definitely came a long way. You can never go on Broadway and hear someone rapping Notorious BIG but now because I’m down there you hear that and that was a big step for the ‘Tin Roof Broadway’ to put a rapper on stage in their front window.

I believe there’s a disconnect between the people in the bars in Nashville they want Hip Hop here in the Music City but the bars are afraid or they just are prejudice against the genre they don’t want there.

But if you listen to the rooftops there DJs on every rooftop playing hip hop music. Hopefully we can grow past this and it will be an equal representation of Music in the Music City. I see some changes so we have to come together and support these events like Top-Notch Tuesday and other events that are slowly developing downtown to give everyone a fair chance to display the talent.

Best hip hop in Nashville there’s not too many places that have hip-hop here now because of the bad stigmatism that’s attached to it. You have ‘Meant for the Milk Crate’ which is an event that my brother Aldi Words and ET put together, it showcases original hip hop Acts.

Also you have the ‘Weekend’ which is a club that plays Hip Hop, you have ‘The Tuesday Cipher’ which is a free open mic that it happens at various places around Nashville, and I can’t forget about ‘Past the L’ that is an open mic and also producers showcase that happens at the ‘Loud House Coffee Shop’ and dispensary for CBD put together by Shelby Conquest.

I would like to give a big shout-out to my label 2K C. M. F. ENT also I can’t forget Reis O’Neal a great graphics artist and website designer, Big Shots Out to my ORGANIZATION N. B. O. In which I’m a co-founder with 187 Blitz Mic Wise 28 and Kyhill. Shouts out to my CMF brothers DJ LIL LES, DJ Boots and DJ Cheerio.

I just want to let everybody know to continue to believe in yourself believe in your dreams and never give up! Even if you don’t make $1,000,000 you may inspire someone you may touch someone’s soul you may encourage someone to have a better life. So keep going. Remember no one owes you anything and everything is a blessing and a lesson. 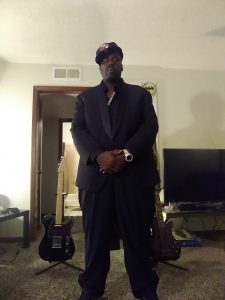