The NFL says that the 2019 draft held in Nashville was the highest rated and most attended ever. More than 600,000 people flooded the streets of Music City. The three-day event averaged 6.1 million viewers across all digital platforms, including the NFL Network, ESPN, ESPN2 and ABC. Today’s interview we catch up with the host of the NFL draft, multi-talented, writer, comedian, Yankee Stadium, Sirius/XM Host, hitman for hire and emcee.. “D – Stroy” Melendez, of the veteran underground hip hop group Arsonists.

I’m born, raised and reside in New York City. Before gentrification, Hipsters with beards and women moved here cause they seen Sex In The City. It’s happening everywhere and now that NYC protested against the Amazon building, now their building it in Nashville and rents going up.

You were recently in Nashville for NFL draft week how was that? Any Standout moments??

This is the 3rd time I’ve hosted at the NFL Draft. However, I heard a D.J. playing some select cuts that made me stop by the mainstage. I started dancing just vibing on a break and the DJ said, “What’s Up D-Stroy?!”. I later found out it was DJ Case Bloom and I was super impressed that he knew who I was. Which let me know he was a REAL Representative for Hip Hop in Nashville and I appreciated that.

How long have you been hosting sporting events? Any Favorites??

I was a Hypeman for an artist on an NBA Tour and someone from the league asked me if I could host at the NBA All-Star game 2007. Several great memories throughout the years, Sh!tting in a bathroom stall next to Shaq in New Orleans, Grinding on Regina King in Denver, Getting drunk with Pink in L.A.. However, being able to host a special on TNT TV was a great experience for a kid who started out as a B-Boy.

What was the last recording you released and are you in the studio? If so with who??

Last record I did was with DJ Premier and Tony Touch “Touch and Dstroy”. It was special because I wrote my first rhyme to a DJ Premier beat and Tony Touch was my first partner in a Hip Hop group. I have a few new songs I’ll be releasing with Q-Unique who was in the group Arsonists with me, under the moniker Pyrobots.

Do you have a PR team, management label or entertainment agent? How do you find work??

I wish I had those things. I Host some really dope events from NBA, NFL to Major League Soccer. I host on SiriusXM with Statik Selektah. There is also a webseries I act in and help write was picked up by ABC. I’m just fortunate, I have a good energy and good companies asking for my contact information.

What would you tell someone wanting to follow in your footsteps?

I wish I could be optimistic about anyone doing this but I came from Battling rappers to Hosting Soccer events for RedBull. My advice, Don’t limit yourself, Be positive and willing to learn. Don’t curse and smile like your getting paid to do something you love, even if you’re not getting paid what you’re worth. Stop with that homophobic hating and making fun of people of other ethnicities.

Where do you discover new music any podcast, dj’s or radio programs you like??

Statik Selektah is my close friend, so he’s usually my source for new Hip Hop. I’m naturally a hype person who exercises, so I listen to anything with BPM’s that’ll keep me Running. Diplo and Friends gives me a boost. LatinoUSA is my favorite podcast, where I can learn about Latinos in America History I didn’t know about.

Favorite super villain and why??

Megatron of the Transformers, in the animated film from 1986. He’s the only Villain who actually killed the dude he wanted dead. I cried but I needed my heart to be torn up as a kid living through the crack era, where girls I had crushes on would fck my friends for drugs.

Tony Touch Rap 40, I did a freestyle in the beginning of it that made it possible for me to go on my first Hip Hop tour as a Hypeman for a rapper named O.C. who had an album called “Times Up”. He quoted my lines when we met.

Where do you see yourself in 5 years?

Same place I see myself in the next 5 minutes. Enjoying life, unfollowing people who share negative energy on social media and dudes who can’t accept that Hip Hop has evolved.

SEE THE WORLD. Travel as much as you can. Getting high on tour is overrated. See Everything, Talk to everyone and Eat all the foods. I learned more traveling the world alone than I learned from O. G.’s in the hood, who never went anywhere but prison. 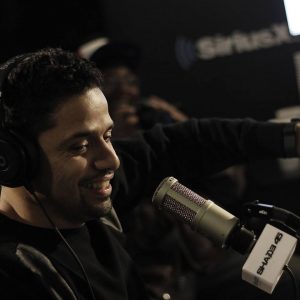 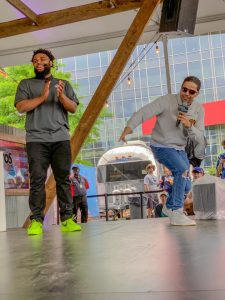 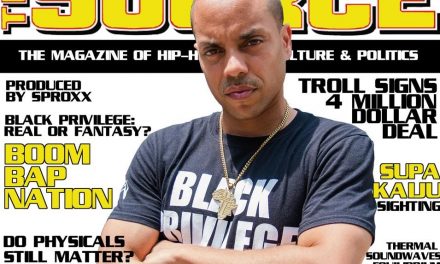 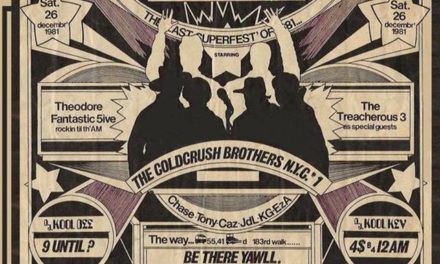 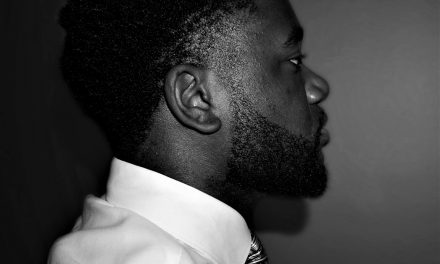 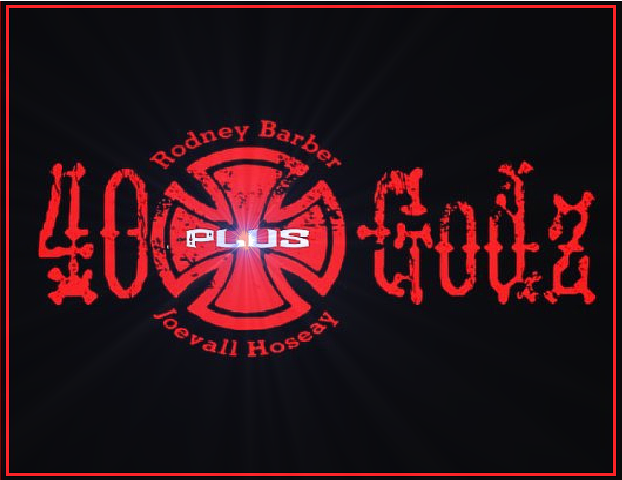