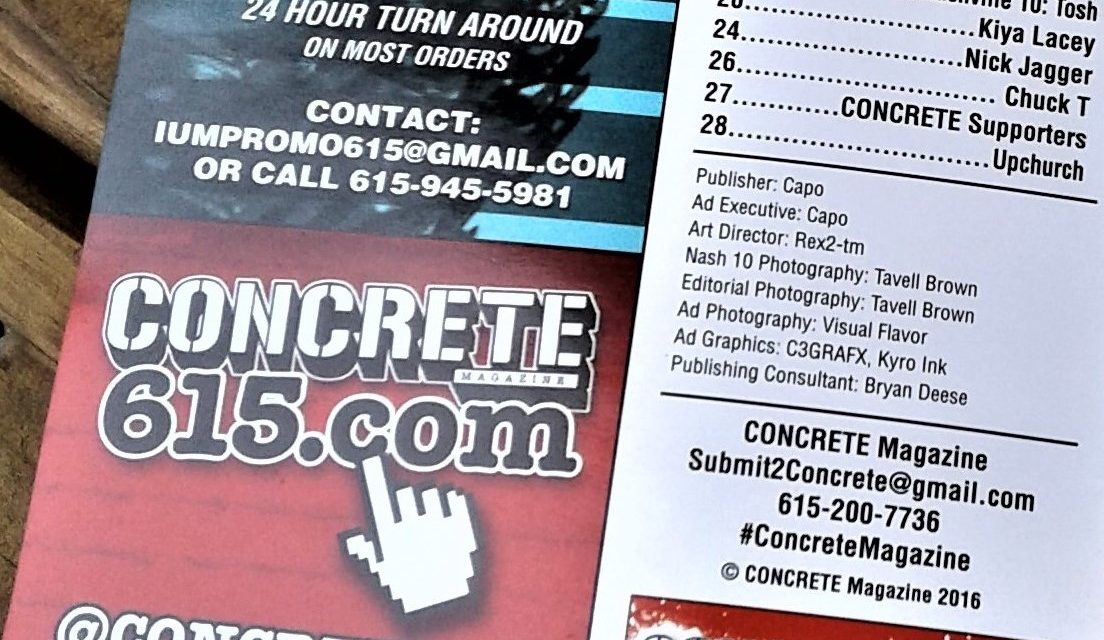 Concrete Magazine has been putting it in for well over a decade. The Nashville based rap magazine distributes over ten thousand physical copies in and around the Nashville area. We caught up with Capo Editor in Chief of Concrete, to give us the math on Music City’s only hip-hop publication.

Peace Capo, how did you get your start in this business and when?

That’s a long story! I actually started off as an artist and eventually transitioned into a manager roll after my homie got a deal which put us on the road touring on two major tours back to back. The tours were Street Dream Tour w/ Jeezy, Lil Wayne, Bird Man, Fat Joe, Jim Jones and more.

Immediately after that we went on The Price of Fame Tour w/ Bow Wow, Huey, Crime Mobb, Jibbs and more. That put me in a position to see more of the behind the scenes aspect and I enjoyed it.

I was helping with building promo campaigns,street team, organizing media runs and learning a ton while touring by just watching and listening. After returning from the road I started my own company which offered a lot of the same services I was providing for the label.

In 2008 the owner of Concrete Magazine Bryan Deese approached me about coming on board with the mag and I was completely down.

I started off just distributing the magazine which eventually lead to me selling ads and organizing events using the Concrete brand. In 2013 Bryan Deese gave me the opportunity to take over his role as publisher/ Editor in Chief for the magazine as he ventured off to pursue another business. I took over the day to day operations and its been on ever since.

How big is your staff?

We have a small staff of eight people handling daily business but we out source a lot of work to third party vendors.

Who is Concrete Magazine for?

Concrete Magazine is for any and everyone who is a fan of anything that falls under the urban umbrella, we pride ourselves in covering stories that some media is scared to touch or is just unaware of due to the lack of connection with the urban community. Our saying is we’re in the streets meaning we are everywhere and always looking for the next best story to deliver to our readers.

The beauty of the mag is we have been around fourteen years now so some of our readers literally grew up reading the mags. They are now early twenties and thirties and still supporting reading and spreading the word, we also flood college campuses which we all know is full of students coming from all over the country to become fans to leave in a few years and spread the word of who we are.

How many magazines do you actually print up and distribute?

We print ten thousand copies per issue and distribute to over 300 locations. We drop six issues a year that’s 60k magazines a year for 14 years we have put 840k magazines in the streets and in our readers hands!

Is Concrete just about the Nashville scene?

No, people that are familiar with the mag know that we cover quality content from all over the country but Nashville is home and deserves to be spotlighted for all the talent we have in our city and surrounding counties. With very few outlets or platforms to spread the word and build awareness we feel obligated to always be in full support of home team. 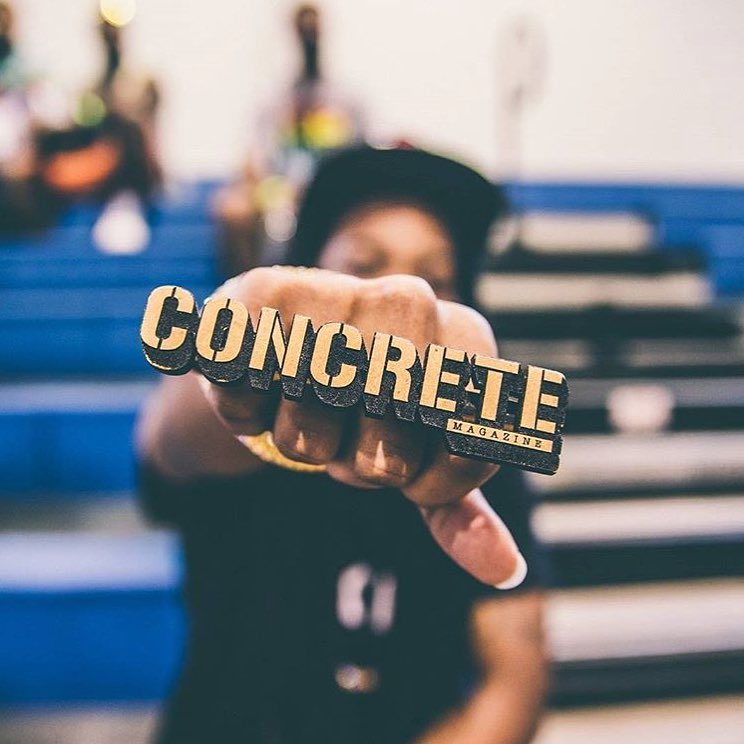 How can I get an issue if I don’t live near a distribution spot?

The beauty of the internet is you can read all issue online but if your like many other readers that love to collect specific issues we offer a mailing service for our subscribers.

We currently mail issues to not only a hand full of cities and states in the US but also overseas to places like Tokyo Japan, Australia, London and more. It always amazes me how far the reach of this small magazine from the streets of Nashville has gone.

Can I distribute the magazine in my city?

This depends on where the city is. We like to make sure we get a certain amount of mags out in specific areas that will be sure to help build awareness for our advertisers. If we have a clothing store in Nashville it may not make sense to place a bunch of mags in a city that is far away from the location.

With the game going from physical to digital, has that affected you any?

At first it did! We had to struggle through for a few years and even entertained the thought of going completely digital and loosing the overhead cost of printing physical magazines. We quickly realized with everyone chasing the digital realm it left us in a lane of our own.

We offered that grass roots gorilla marketing that actually put your story or ad in the hands of actual supporters. We also knew it would be dumb of us not to build our online presence and grow with the new wave.

We had to use it to our advantage gaining not only physical fans but kids in Europe and Asia that now watch our online interviews and read the digital mag, when before the digital realm they didn’t have that luxury. It was a win win for us once we learned how to operate in both worlds affectively.

As far as my typical day it consists of lots of phone calls and emails. Depending on where we are at with the next issue will determine what my day will consist of. If it’s early on in a issue then I am approving stories for editorial or contacting labels/artist for possible editorial coverage. Step 2 is the production phase of lining up interviews and photo shoots then approving images and proofing interviews for final print. The last step is distribution and the actual roll out campaign for the release of the magazine. Then the process starts all over again.

Any shout outs or last words?

Yea, S/O to everyone that supports the magazine weather it’s picking up a physical copy or logging in online at concrete615.com and staying up to date with the content we are providing. S/O to our photographer Tavell Brown and the rest of the team that keeps this boat a float. Make sure you follow us on all platforms at @Concrete615.. 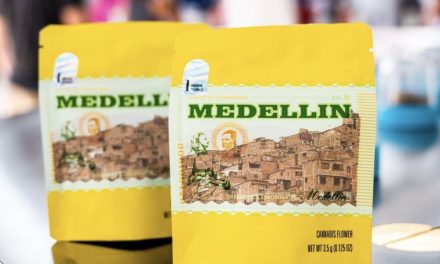 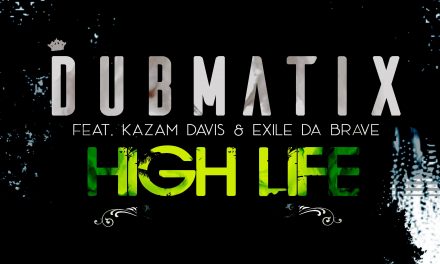 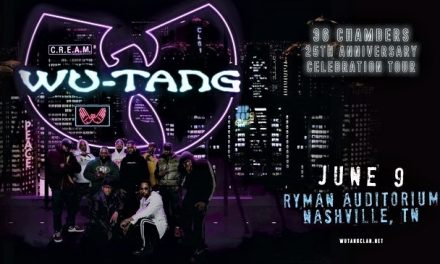