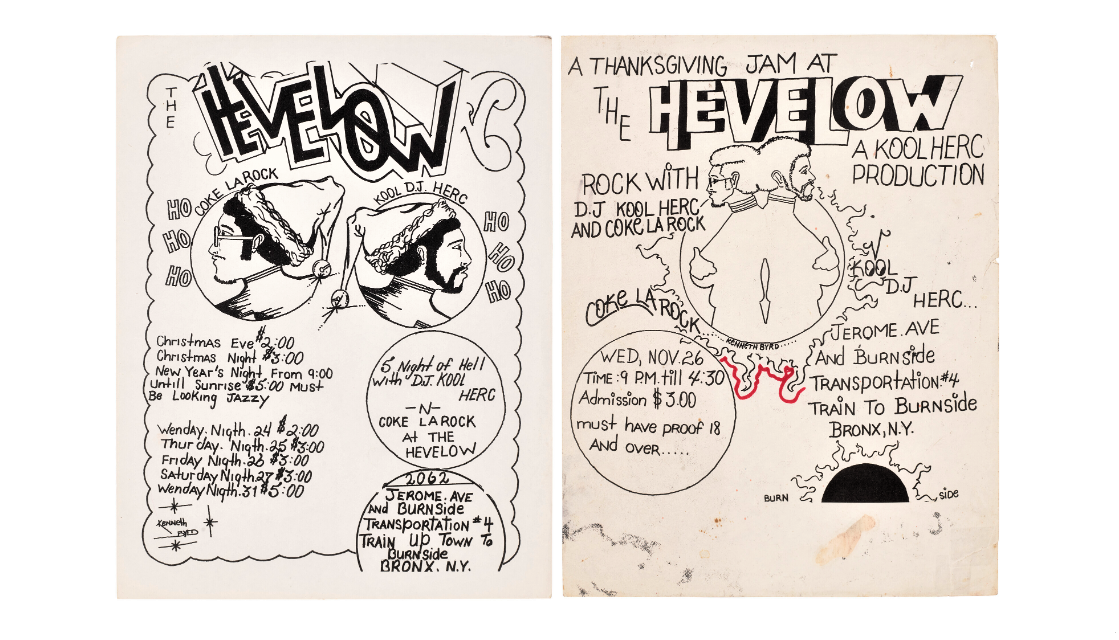 (Above Image) Two flyers from the early parties at the Hevelow part of DJ Kool Herc’s memorabilia sold at Christie’s Auction House.

New York City has always played a big role in groundbreaking subcultures and style. One of these subcultures that came from NYC from the early 1970’s were Jams which were later known as Hip-Hop. The birth place of this subculture in 1973 was 1520 Sedgwick the Bronx. 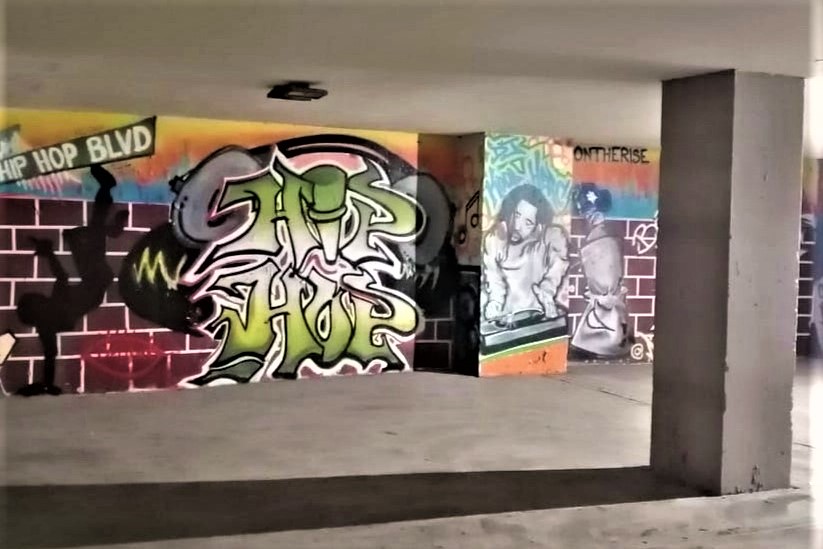 This is where DJ Kool Herc threw one of those jams spinning vinyl records for the his little sister Cindy so she could by some back to school clothes. These jams brought more than just fun, but also the history of party flyers and those who created them. The flyers made for these different jams were also just as important.

People knew that if certain people made the flyers that the party was going to be fly. P.H.A.S.E. 2 and Buddy Esquire were two of the most prolific flyer makers during the mid to late 1970’s and 1980’s. Some of the earliest flyers made for DJ Kool Herc and Coke-La-Rock were from 1975 and made by a young RIFF 170. 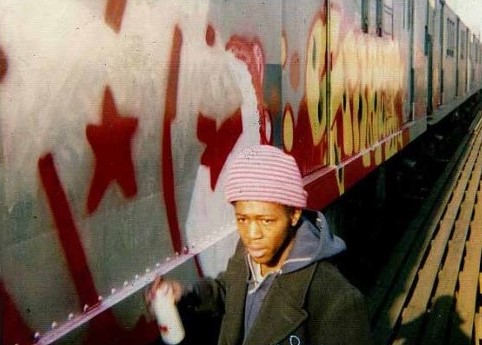 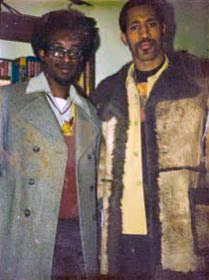 Forty-seven years later Hip-Hop heads and old school writers still talk about these flyers and their history. Recently at Christie’s DJ Kool Herc memorabilia was auctioned online. Two of RIFF 170’s flyers done in 1975 for both DJ Kool Herc and Coke-La-Rock were sold as a collection for over $35,000 USD.

Writing culture and Hip-Hop are two different subcultures that have a lot of connections between them. The DJ Kool Herc and Coke-La-Rock flyers by RIFF 170 are a perfect example of these connections and the roots of the Hip-Hop flyer game forty-seven years later. 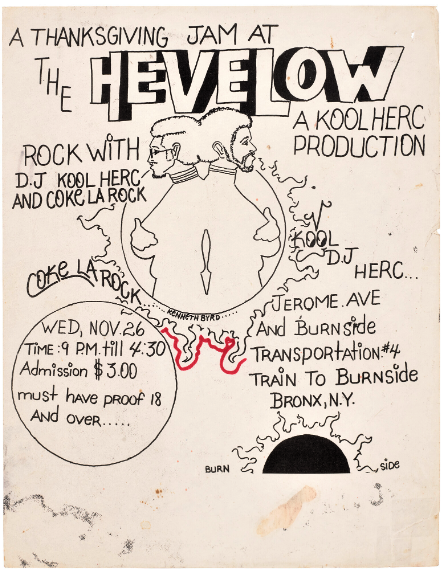 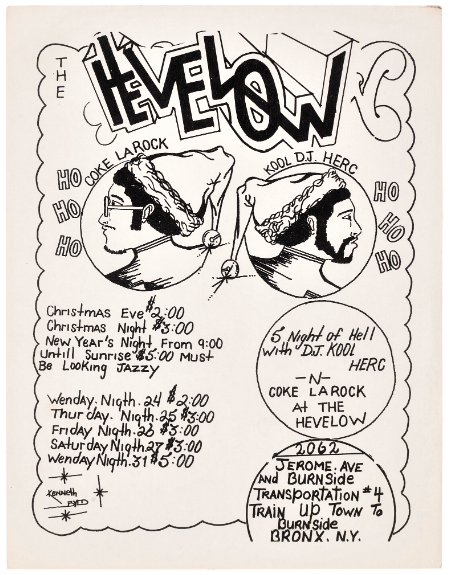