There’s no doubt that over the past few years most of us were quarantined and may have felt a bit of Cabin fever from time to time. That said, it is clear that while many of us were moping about, Shabaam and Nick Wiz used their time wisely by creating a melodic masterpiece for us.

The lineup also has a few powerhouse features from D.V. alias Khryst, LoVel, Ran Reed, R.E.K.S & Phantasm and U.G (each from the Cella Dwellas). The duo dropped riveting ‘Thunderin’ with a visual to set the tone for the entire project, which depicts themselves as characters from the highly popular adult cartoon “South Park”.

What’s even more amazing, 19 year old Shabaam Sahdeeq makes an appearance on the last joint “Do or Die” that was originally a demo that only aired on Stretch & Bobbito Radio show back in 1996, when Shabaam Sahdeeq first surfaced.

Shabaam also showcases his bilingual skills on banger “Soul Food Sofrito” going back to his Venezuelan roots. This is the collaboration we knew we needed! Cabin Fever is an instant head nodder and a truly outstanding listening experience. It’s official, Shabaam Sadeeq and Nick Wiz have done it again! 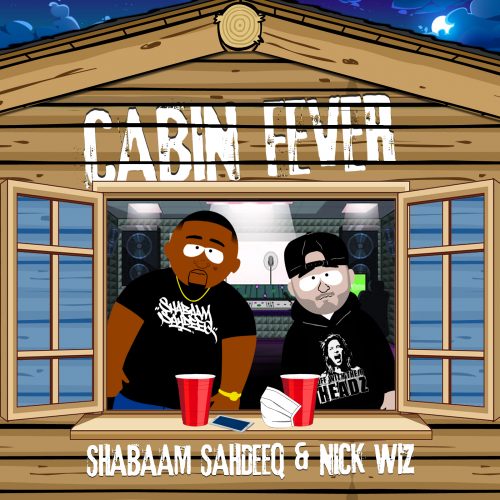