Natick MA’s Speak The Rebel is a hardcore in your face rapper that blends Hip Hop with Reggae melodies and politically conscious poetry. He is part scholar, part activist, part theologian, but mostly just a relentless cynic. His early years were mainly shaped as the frontman of the metal/punk/reggae band Point Blank.

After that he became more focused as a solo rap artist but still frequently collaborated with the reggae bands Fear Nuttin Band, Danny Pease, and The Regulators. His strong work ethic and drive led him to open up for national artists KRS-One, Sean Price (RIP), Pharoahe Monch, ILL Bill, and Mickey Avalon & Dirt Nasty.

His latest visual Porsche Mutt directed by Tim Barry is aimed to be the boogeyman of “Antifa Members” stating that minorities are taking over the suburbs. “In the video everyone depicted is a tax paying parent, business owner, business professionals, mothers/daughters, community volunteers, and homeowners.

WE ARE YOU America” says Speak. The track is featured on his latest Vidal Baboon LP that he recorded while having the Corona Virus as a reflection of the current political environment. Check out “Porsche Mutt” on Youtube now as well as “Vidal Baboon” LP on your preferred digital streaming provider. 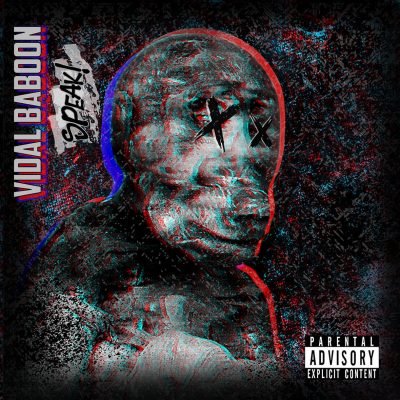