SubPac M2 brings the bass to your body 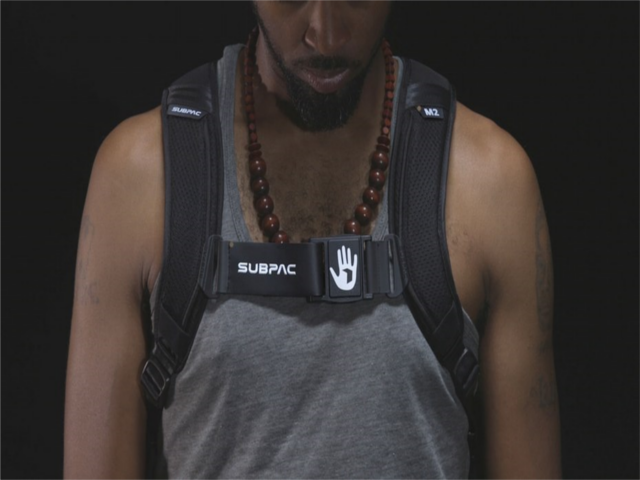 Los Angeles-based StudioFeed first came to our attention in 2013 when it launched a crowdfunding campaign aimed at putting some low end rumble in your seat. The Kickstarter campaign was successful and the SubPac tactile bass technology has since been further developed, and also pushed beyond the immersive music and gaming experience. It’s been integrated into Peugeot’s Fractal concept car, for example.

It’s also added a more engaging, physical dimension to a VR-enhanced premiere of the movie Jurassic World, and allowed deaf and hard of hearing festival goers in Brazil to feel the music at this year’s Rock in Rio. Now the company is aiming to put some bottom end on your back with the upcoming SubPac M2 wearable sound system.

The 17 x 12 x 1.5 in (43 x 30 x 4 cm), 4.8 lb (2.2 kg) M2 is worn like a backpack, with adjustable shoulder straps at the front that bring the SubPac bass thumper up close to the body at the rear. The company says that its brand new SubPac transducers have been optimized for greater accuracy and energy efficiency, delivering powerful and immersive low end thunder through the unit’s vibrotactile membranes while remaining quiet to those nearby. The materials have also been treated with nano silver to keep bacteria and odor in check during active use.

The M2 is reported to work straight out of the box, and doesn’t need users to buy any altered or format-specific source audio files or tweak code on their computer. Bass intensity can be set using a slim cabled control box, though the system’s frequency response of 5 Hz – 130 kHz means that it doesn’t just growl at the low end.

The control box is also used to feed in sounds from a source player or smart device via a 3.5 mm stereo input jack, but the system includes a Bluetooth 4.0 receiver for wireless streaming, too. A 10.8 V/2,300 mAh Li-ion battery pack offers up to 6 hours of continuous music, gaming, home theater or virtual reality immersion per charge.

The SubPac M2 is currently up for pre-order, priced at US$379 (rising to $399 when the “earlybird” period ends). Shipping is expected to start in December. Gizmag is expecting to take the M2 for a test drive in the near future, where we’ll hopefully find it delivers a more satisfying punch than the Woojer wearable woofer we reviewed last year. In the meantime, check out the video below for an introduction to the system. 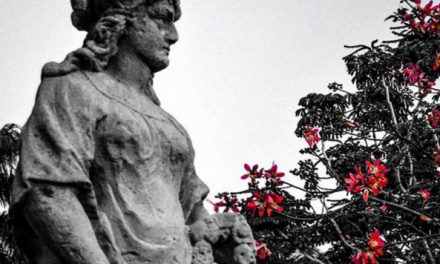 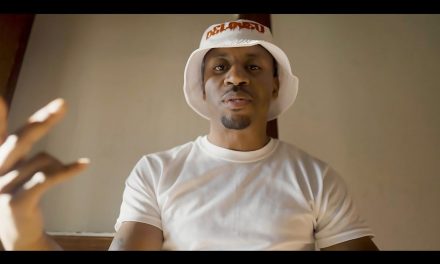