“The Real Rick Ross is Not a Rapper” 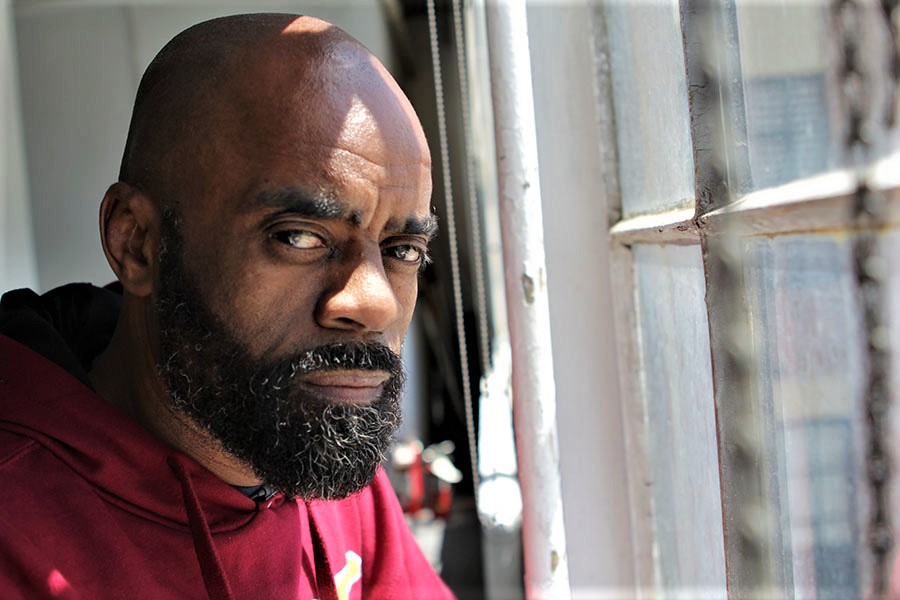 “THE REAL RICK ROSS IS NOT A RAPPER.”

That statement is emblazoned on T-Shirts sold by “Freeway” Rick Ross (the former drug trafficker, not the rapper). Ross produced these Tees for one purpose: to remind folks that HE is the REAL Rick Ross. Before 2006, Ross would introduce himself by name “What’s up? I’m Rick Ross” and no one would blink twice.

After 2006, people started looking at Ross strange every time he uttered his name. Now everyone associated “Rick Ross” with the Maybach Music Group rapper. But like the T-Shirt says, the real Rick Ross doesn’t rap.

In the early ‘80s, Ross built a drug empire in Los Angeles, California, that would go on to operate in more than a dozen cities across the U.S. Federal prosecutors estimate Ross moved $900 million worth of cocaine between 1982 and 1989. In 1996, Ross would eventually get caught up in a sting operation that sent him to prison for life.

While incarcerated Ross, who was illiterate, taught himself how to read, studied the law, and eventually discovered a legal loophole that would reduce his sentence to 20 years. Since his release from prison in 2009, Ross has authored a memoir, started his own line of legal cannabis products, and managed prize fighters like pro boxer Floyd “Kid Austin” Schofield.

Ross’s life has served as the foundation for many film and TV projects. The biographical crime film Kill the Messenger (2014) covers the CIA’s involvement in Contra cocaine trafficking, an undertaking in which Ross played a crucial role. The TV series Snowfall, a crime drama about the ‘80s crack epidemic in L.A., mirrors Ross’s life a little too perfectly.

The creators of these projects have yet to credit Ross (at least publicly) for inspiring these works. Nevertheless, Ross’s story will continue to inspire filmmakers, TV execs and, of course, rappers, for generations to come. In closing, I present to you three popular rap lyrics/bars that were most likely inspired by the real Rick Ross.

“…I met the plug, got 100 keys…” This half a bar was spit by the Migos rapper, Takeoff, on the 2 Chainz song, “Blue Cheese.” The bar asserts that Takeoff bought 100 kilos from his cocaine supplier. In 1995, Ross was arrested for buying 100 kilos from a DEA agent posing as a Mexican drug trafficker.

“…Blame Reagan for makin’ me into a monster/Blame Oliver North and Iran-Contra…” Jay-Z spits this bar on “Blue Magic,” the first single to American Gangster, his tenth studio album. The bar insists society should blame the Iran-Contra Affair for America’s drug problem instead of drug dealers like Jay-Z.

In short, the Iran-Contra Affair was a political scandal that claimed the CIA supported Nicaraguan Contras’ cocaine trafficking operations. In the ‘80s, Oscar Danilo Blandon Reyes, a Nicaraguan drug trafficker, would bring Ross kilos of cocaine to sell in the U.S. Blandon’s profits from the kilos Rick sold were used to fund the Contras, the right-wing rebel group the CIA allegedly backed.

“…I know Pablo, Noriega, the real Noriega…” Rick Ross the rapper spit this bar on “Hustlin’”, the first single of his debut album, Port of Miami. In this bar the rapper brags about associating with the biggest drug lords in history. The real Rick Ross never met these drug lords in person, but he still has something (besides the obvious) in common with Escobar.

In 1986, then President of Columbia Virigilio Barco created Search Bloc, a collection of special operations units whose sole purpose was to bring Pablo Escobar to justice. In 1987, the Los Angeles Sheriff’s Department created the Freeway Ricky Task Force, a collection of elite cops whose sole purpose was to – you’ve guessed it – take down Rick Ross.

If you’re familiar with the real Rick Ross’s story and know rap lyrics his life may have inspired, then share it with us on our social media and @mrcnn_rap Instagram page.