The Hague City (in the Netherlands) based producer MistaSweet presents “Stand Up”, his collaboration single with Queensbridge, NYC rapper Tragedy Khadafi.

A staple of the Dutch hiphop scene since the 1980s, MistaSweet went from b-boying to emceeing to throwing his Bomb The Planet graffiti parties, which in turn deepened his journey into DJing, crate digging and production.

He has also released several solo albums and starred in the documentary Tragedy: The Story Of Queensbridge.

MistaSweet regularly DJs hiphop events across Europe and the US, and has produced for artists like Lesley, Skinny Scotty and Alee Rock.

“This is my first big international release with one of my favorite MCs,” Sweet says. “The sound I like and have been making for years finally matches up with a rapper from that area and era.” 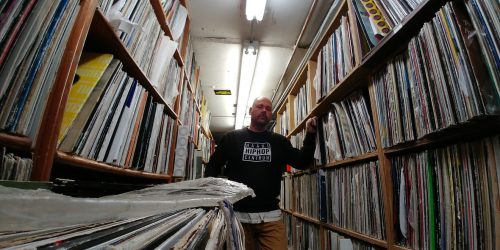