In tandem with the record, he shares the music video for its latest single “When.” Just in time for Halloween, it unfolds like a VHS sci-fi thriller set to a soundtrack of old school turntable mastery and elevated beat-craft.

Directed by Justin Marmorstein and produced by Marmofilms, the cinematic visual stars spellbinding dancer and TikTok phenomenon Mary Grace and depicts her under a different light altogether.

Security guards restrain her in a hospital bed as the sinister doctor, played by DJ Abilities, injects a bright green serum into her IV. A transformation occurs as her body writhes in a violent epiphany with Abilities’ deft scratching of the sample, “One thing bout music when it hits you feel no pain.”

Appropriately, all hell breaks loose as our heroine exacts revenge with a little help from the music.

It arrives on the heels of his recent single and music video “Worldwide.” Right out of the gate, the track incited excitement for Phonograph Phoenix.

Now, the record traces a roadmap through his musical history, threading together old school basement scratching, rapturous synths, and warped loops within an emotional and entrancing mosaic assembled by hand. At the same time, he respectfully pays tribute to his Eyedea & Abilities collaborator and late brother-in-arms Eyedea.

Regarding the record, Abilities commented, “This album is the culmination of years of learning, growing, and creating. Given this was going to be my first release after so many years, I went with zero features. I also decided to write the music instead of sampling, as a way to challenge myself as well as make it more ‘me’.”

“I hope to satisfy all the Eyedea & Abilities fans with this album. I feel like I’ve been touching upon what made us special, as well as elaborating, and finding new paths.”

Get ready for DJ Abilities to rise in flames on Phonograph Phoenix. 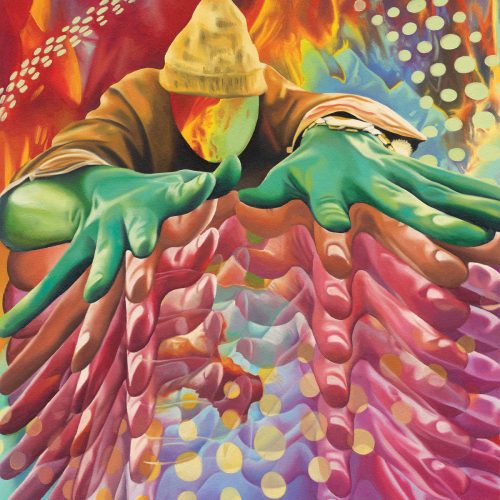