As the demand for more diversity in TV casts, programming and original ideas keeps growing; two new, Black owned, independent companies, Lamar Leggard, Operator/Owner of Whatevaok and James “Kraze” Billings, owner of King of Content Productions are proud to announce that they have formed a partnership to produce television and film projects through a distribution deal with distribution juggernaut 1091 Pictures.

The deal enables content to be delivered to various digital and terrestrial platforms (iTunes, Amazon, Vudu, Netflix, Hulu and more) with original and scripted shows and movies. This also includes releasing music counterparts (soundtracks and scores) through Whatevaok’s music distribution via Sony/ The Orchard.

To get an idea of the innovative projects these two companies are bringing just take a look at Real Rap Stories currently airing on All Arts TV/ PBS. The 5 part miniseries delves into the origins of some of hip-hop’s most influential and groundbreaking MCs featuring rap music icons, Audio Two, Rakim, Stezo, Stetsasonic, Super Lover Cee and Cassanova Rud. 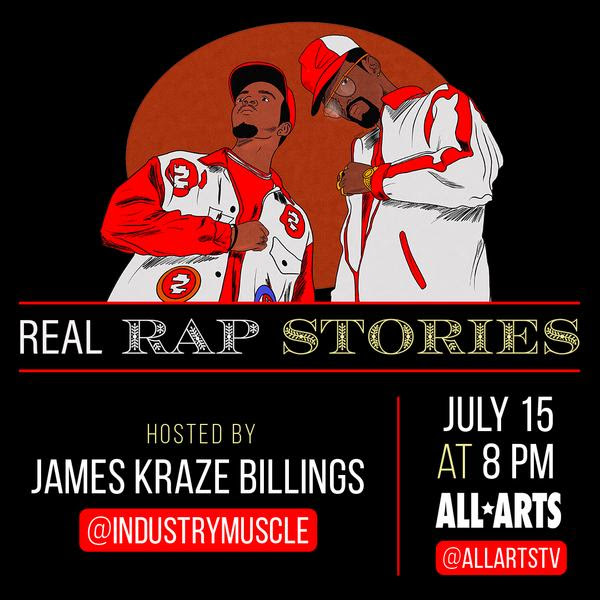 Although the two founders of Whatevaok and King of Content Productions had known each other for years this is their first collaboration. A friendly meeting through a mutual friend on the set of a TV show brought them together.

James “Kraze” Billings explains, “What makes this deal so special is that we’re simultaneously releasing multiple projects on multiple platforms!” This allows both companies to have full creative control and an ability to keep delivering fresh viewing options for true hip-hop fans and all music lovers.

The first scripted series, Rap Star is a dramatic tale of four people attempting to break into the music industry. Featuring real MC’s the star studded cast is led by, Maino, Mic Handz, Jay Cruz and V the Boss.

While Rap Star is about the trials and tribulations of aspiring 21st century talent, the Golden Era of Cold Chillin Records is a 13 episode series about legendary artists; Big Daddy Kane, Biz Markie, Roxanne Shante and Marley Marl as told through the eyes of the man himself, Tyrone “Fly Ty” Williams, Founder of the Cold Chillin label.