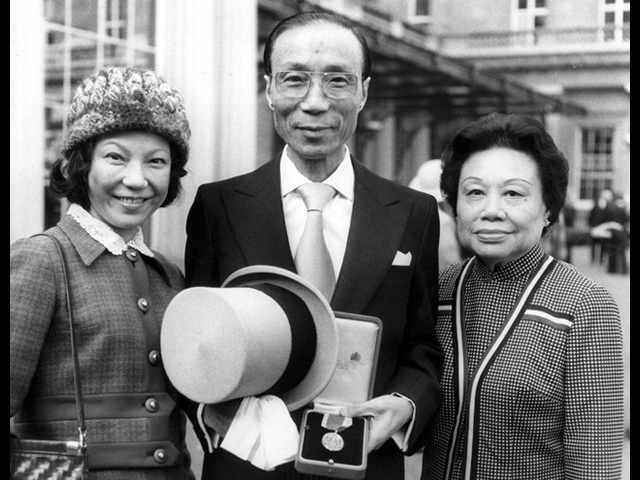 (Above) Run Run Shaw in 1978 with his wife and daughter. Mr. Shaw and his older brother were movie pioneers in Asia, producing and sometimes directing films and owning cinema chains.

Sir Run Run Shaw, the media tycoon who helped bring Chinese martial arts films to an international audience, died at his home in Hong Kong on Tuesday at the age of 106, the television station he founded said on Tuesday.

Television Broadcasts Limited (TVB) said in a statement that the centenarian would be sadly missed: “Although we knew this day will come, no words can adequately express our sorrow and lessen our sense of a profound loss,” it said. With his elder brother, Run me Shaw co-founded one of the world’s largest film studios, Shaw Brothers.

The company has produced around 1,000 movies since 1958, and helped launch the careers of star actors and directors from across Asia. At its peak, in the 1960s and 1970s, the studios were making more than 40 films a year, according to a biography by film history writers Zhan Youpeng and Lan Chao.

“The Shaw brothers — they created the martial arts action genre and made it huge. And it’s been copied ever since,” said Patrick Frater, Asia bureau chief at industry publication Variety. Shaw also has credits on several U.S. films, including Ridley Scott’s “Blade Runner.”

He was born in 1907 in the city of Ningbo, near Shanghai in China, although there is some confusion about his exact date of birth, Frater said. He was the youngest of six children fathered by a successful textile merchant. In the 1920s, he joined his brother Runje in Singapore in an effort to establish a market for Chinese-language films in Southeast Asia, according to a Hong Kong Film Archive chronology.

By 1939, they had opened 139 cinemas across the region. “Run Run Shaw was there at the beginning of the century when cinema first took off,” Frater said. After World War II, Shaw moved to Hong Kong and began concentrating on film production, opening a world-class studio called Movie Town in 1961. Six years later, he co-founded Hong Kong’s first free-to-air station, TVB. The network remains one of the world’s most influential Chinese-language broadcasters.

Shaw was a generous philanthropist, especially in the education sector. The Shaw Prize, an international science award that he established, has become known as the “Nobel of the East.”

The media mogul was knighted by the Queen in 1977. Shaw received Hong Kong’s highest honor award, the Grand Bauhinia Medal, in 1998, after the territory returned to Chinese rule. He remained involved in Hong Kong’s media industry well into his later years, retiring as chairman of the television station, TVB, only in 2011 at the age of 104. Shaw is survived by his wife, Mona Fong, and four children.