This past March marked the fifteenth anniversary of Murs & 9th Wonder’s partnership, as their debut collaborative project, Murs 3:16: The 9th Edition (which was released on Def Jux) exceptional introduction laid the groundwork for the strong bond that has been cultivated since and also for a lot of great music.

Over the course of the last fifteen-years, Murs & 9th have been prolific as a duo. Since Murs 3:16, they have released five additional albums and recently released their final victory lap, The Iliad Is Dead And The Odyssey Is Over, in early August and the project reached #5 on the Apple Music Hip Hop chart.

Today, the duo circles back to their last collaborative effort, Brighter Daze (which was released in 2015 and finally added to DSP’s in July and again it debuted in the Top 10 on Apple Music’s Hip Hop Chart) with a new visual for an undisputed fan favorite from the project “God Black/Black God.”

Murs adds “This song is a few years old, but it’s always been the people’s choice from the Brighter Daze project. And it’s perfect timing because I think the first verse of this song is really resonating with folks right about now; with all the losses and gains our community has experienced over the past few years. On the negative side, we continue to lose loved ones to gun violence and on the other side we’ve seen a lot economic empowerment from homies turning their food trucks into restaurants; to Jay Z and Meek Mill making ownership moves at the corporate level.

We shot the “God Black/Black God” video on the block I came up on (Cloverdale), with my homeboy T Smith who’s actually the first person to play 9th Wonder’s beats for me and told me I had to find a way to make a project with him.” 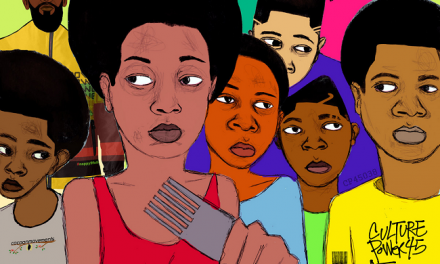