Indianapolis rapper Skypp takes his throne as the “King of Indiana” with upcoming release of new album featuring Rhymefest.

With sights on a revolution, Skypp is back with his own brand of Sophisticated Street Music. Following his most recent Top 15 iTunes charting project, Skypp’s highly anticipated new album KING OF INDIANA is set to release on all major platforms March 19th.

“KING OF INDIANA is much deeper than what appears on the surface. Deep within the clever bars and comedic skits are real life issues that need to be addressed and resolved,” Skypp says of the new album. “The team and myself put countless energy, creativity and time into this album and I couldn’t be more proud of the outcome. Remember, the only thing stopping you from being a king/queen is your OWN validation. Equality is king!”

“King of Indiana” will be available on all major platforms March 19th, pre-order. 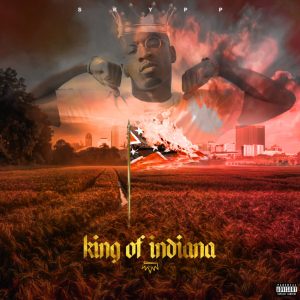