Interview with Grammy-nominated Music Producer Fantom Of The Beat 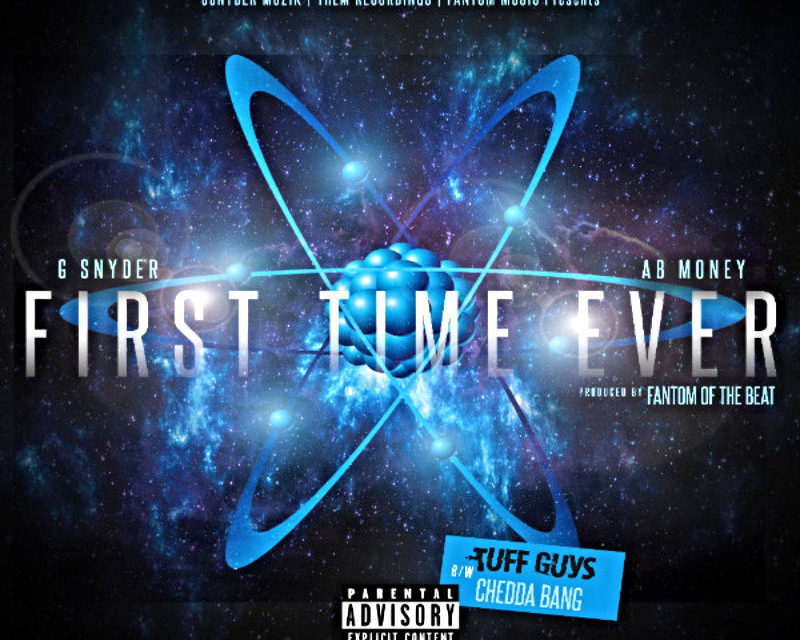 Many recognize Haas G as one half of 90’s era Rap duo The UMC’S, Carlos Evans better known as Fantom of the Beat sat down for an exclusive interview with MRC.. In this Q&A the Grammy- nominated producer tells us about his new release “First Time Ever”, ft. G. Snyder and AB Money. The single is the premiere track off his forthcoming Producer Track Album, “Fantom of the Beat Presents – Audiodrome”. The concept of the album mimics “The Chronic” by Dr. Dre and is slated for release July 4th. Hip-hop heads, boombap aficionados it is with great pleasure introducing, Fantom of the Beat…

Q. MRCPROMO: Peace, Fantom of the Beat!! The new tracks are ill!!! Can you tell us about the new releases?
A. FANTOMOFTHEBEAT: Upon my arrival, the new releases are about bringing the cloth that we were cut from, in to the new era, and doing what we know how to do. Basically, it should show the way that we move. We are that breed. That breed that gets it done!!!

Q. MRCPROMO: On the track “First Time Ever”, how did you connect with G Synder and AB Money? Will there be a follow up?
A. FANTOMOFTHEBEAT: There will most definitely be a follow-up, as they’ll be on the album with more than one record. I connected with them they are like family. MicHandz shot the video, and is the cousin of G Snyder. AB Money is an OG Gangster who wrote for Tupac, Biggie and many other Hip Hop Veterans. His mentor and producer is Easy Mo Bee. Easy Mo Bee is the top dog of production.

Q. MRCPROMO: What are you currently working on now?
A. FANTOMOFTHEBEAT: Right now, we are working on the album, “Fantom of the Beat Presents – Audiodrome”, which is going to be critically compared to Dr. Dre’s Producer’s album, “The Chronic”.

Q. MRCPROMO: Any new projects with Wu-tang members in the works?
A. FANTOMOFTHEBEAT: Wu-Tang is always loved by me. We come from the same place. But until they are ready to do something, then I am ready to do something. But we don’t have anything planned out just yet. I respect Wu-Tang, and they respect me. We are the ones to set it off for Staten Island and I am sure that when the time comes, we will make another hit. Ghostface, Cappadonna, Inspectah Deck and RZA are my protégé, by way of RNS.

Q. MRCPROMO: Who are the Emcees/DJs or Producers that have inspired you in the past? Who has your ear these days? Your favorite emcee?
A. FANTOMOFTHEBEAT: My mentors/favorite emcees are Big Daddy Kane, Producer Marley Marl, Producer Pete Rock, MC Guru from Gangstarr, Producer DJ Premiere, and Producer Quincy Jones. Not to forget, Al Green, and Isaac Hayes, who were both Producers and Artists. My influencers are De La Soul, the whole Native Tongue crew and Cypress Hill from the West Coast.

Q. MRCPROMO: The project you put out in 2014 with fellow UMC member NYOIL (Kool Kim), how was that received and will we see more joints from you two?
A. FANTOMOFTHEBEAT: It was received well and in due time we will figure out what we will do next. We did another record before #NUDONT. It was called, “I Tried To Tell Ya”. That was the real original set-off for the UMC comeback.

Q. MRCPROMO: Can you tell us a little about your studio set-up? What is your favorite piece of gear?
A. FANTOMOFTHEBEAT: It is a set-up where I just like to make music. PERIOD. No vocals in my Studio, at all. I like to stay closed in and lock it down. FOCUSED. When the Music is done, we take it in to the big studios for vocals and mixing. I don’t like a lot of visitors, while I am in the Studio. I like to just create in my own world. I don’t need any participants when I do what I do. My ASR is my favorite piece of equipment. My MPC is my baby. I can bang out beats, and bang out drums and kicks. And I love my desktop Mac Computer which allows me to use Logic. Logic is my choice of my Production software.

Q. MRCPROMO: What is your most memorable experience on tour? Who was with you?
A. FANTOMOFTHEBEAT: The UMCs was on Tour with Naughty by Nature, Jay-Z, Nas, Large Professor and Main Source. We got kicked out of Atlanta on Tour. We were so wild and turned up, we got kicked out of London as well!!!

Q. MRCPROMO: You produced a lot of dope shit!!! If you could pick three of your most favorite tracks you’ve created, which ones would they be?
A. FANTOMOFTHEBEAT: My top favorites are 50 Cent and Lil’Kim’s “Magic Stick”, Ghostface Killah’s “Apollo Kids”, and Busta Rhymes’ “Take It Off”.

Q. MRCPROMO: Any last words of advice? Shouts?
A. FANTOMOFTHEBEAT: Shout out to my Friends everywhere, My peeps on Facebook, Instagram and Twitter. Final Shouts to all my supporters, all those who have backed me over the years. I appreciate everyone’s support.